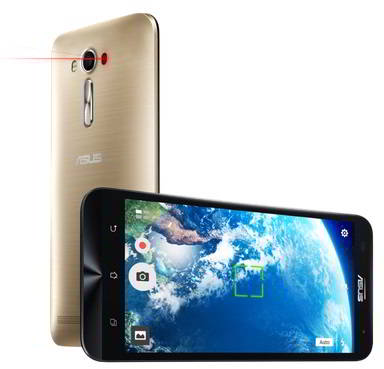 Today was a special day for Asus as the company has unveiled 3 new handsets at the Zenfest event held in New Delhi. The new phones i.e Zenfone 2 Deluxe, Laser, and Max were unveiled in India but they’re expected to be introduced in China, Taiwan, and other countries as well.

Asus Zenfone Max is a handset with 5000 mAh capacity battery. It has powerful laser autofocus system along with a 5MP front and 13 megapixel back cameras. According to Asus, laser AF is faster than other auto-focus technologies.

Due to its huge battery capacity, users will be able to use this phone as a 5000 mAh power bank. Zenfone max is expected to carry a price tag of below 12000 Rs.

Zenfone 2 Laser comes with similar specs as the above handset. It has a lower capacity battery i.e 3000 mAh. It will cost you under 10000 Rs.

Zenfone Deluxe 2 is the Asus’s answer to the flagship killer of 2016 i.e OnePlus 2. It is powered by 64 bits architecture based Intel atom series quad-core processor. This CPU is not as powerful as the Snapdragon 810 chip but it is considered as one of the best processors for mobile devices. Its clock speed in the Deluxe 2 handset will be around 2300 MHz.

This phone has a unique back cover that flaunts polygon based design. Its other specs include powerVR 6430 graphics, 4GB DDR3 RAM, multi storage variants, LTE connectivity, 5.5 inches FHD display.

Apart from this, Zenfone 2 Deluxe supports Asus’s fast charging technology i.e boost master. The price tag of 23000 Rs doesn’t seem to be attractive for an FHD phone without a fingerprint sensor. OnePlus 2 and its predecessor are better options within 23000 to 25000 range. 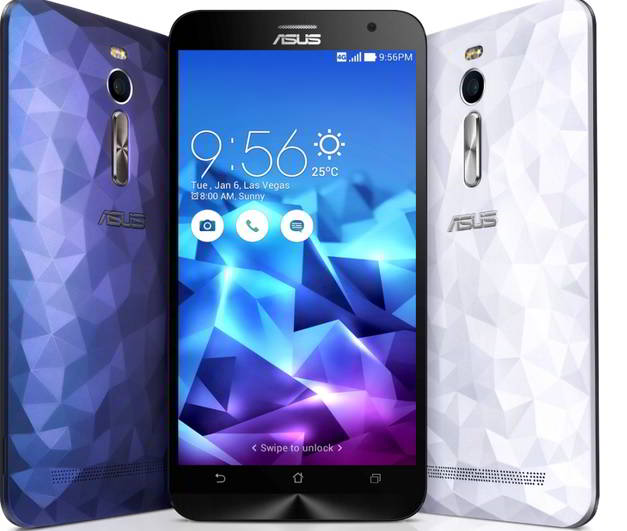 Along with the above 3 new phones, Asus has also launched the budget Zenpad 7 and 8.0 tablets in India.

During the launch event, Asus has mentioned that by the end of the year 2015, the company will make an effort to increase its market share in India to 5% from 2%. India is a country where millions of people are ditching old phones every month to get a new smartphone.

Asus sees the Indian markets as a tremendous growth opportunity. Thus, the company will now focus more on its phone business in Asia.

Before the year 2012, the company’s core business was selling and manufacturing laptops, computer peripheral, and desktops. By the end of 2015, Asus is expected to make more profit in the smartphone business.