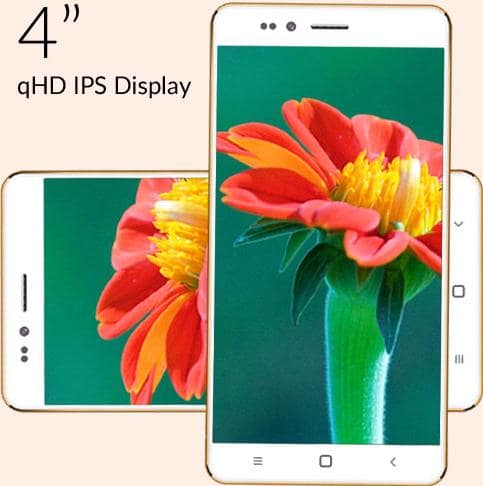 Many of you will think that I’m kidding, but this is not true. A new company called Ringing Bells has launched a smartphone in India for an unbelievable price tag of Rs 250. Yes, that’s right!

The company is not fooling because it has invited India’s Defense Minister, Mr. Manohar Parrikar for unveiling the handset. F251 is a part of Ringing Bell’s make in India initiative.

There’s no doubt that 1000s of people will try to grab this device. Freedom 251 direct sales will not begin anytime soon. The company will start taking pre-orders from tomorrow onward i.e 18th February 2016.

A web form for booking the phone will be available from 6 AM onward. If you have successfully booked Freedom 251, Ringing bells will ship the handset to your home after 4 months. The company may charge you XYZ Rs as a shipping fee. Payment should be made while pre-ordering the phone. There’s no cash on delivery option.

Ringing Bells F251 will be loaded with some useful apps launched by the Government of India. The apps are – Swach Bharat, women safety, Medical, Fisherman, Farmer, etc. As the internet is supported by F251, you’ll also find WhatsApp and Facebook Messenger in the handset.

Apart from the apps, Freedom 251 smartphone has superb features. At Rs 250, you’ll be getting a fully loaded device. F251 has 1GB RAM and dual cameras (3.2 MP rear and VGA front) on the phone.

F251 has a 1450 mAh capacity, which according to Ringing Bells is long lasting. It is 3G, MicroSD card and Bluetooth supporting handset.

What’s interesting is that the Freedom 251 will ship with a year’s warranty. For customer satisfaction and trust, Ringing Bells have already set up more than 500 service centers across India.

I’ve never heard of a phone with such mesmerizing features costing around 200 Rs. Even entry-level handsets from domestic companies like Lava, Micromax are priced above Rs 600.

On one hand, Facebook tried to sell the Internet by its junk Internet.org project on the other, we have a new startup that introduces the world’s cheapest smartphone, which can be owned by anyone (no matter what his/her income is).

I think tech companies who want to spread internet awareness in India should learn from Ringing Bells. Let’s hope that some manufacturers try to compete with the startup by launching the Freedom 251 alternatives in the same price range.