In India, InFocus is growing stronger every day. The M2 and M330 handsets launched by this company were massive hits. The first handset was launched in competition with Moto E, Android One and Salora Arya Z1 (mobiles within 5K Rs).

M330 is yet another octa-core HD phone that costs 11000 Rs. It features 13 megapixels front/rear cameras that pack with Sony Exmor FHD sensors. This phone has a 5.5 inches screen. Underneath the display, there’s a MediaTek chip.

All 8 cores in this processor have a 2000 MHz clock speed. Both sides of M530 boast an LED flash system. This Infocus phone has 4G LTE network connectivity supporting module. It includes 16GB storage along with support for external 64GB SD cards.

InFocus M530 has Corning Gorilla Glass 3 screen protection along with 2GB RAM. It will be listed on Snapdeal for 10999 Rs. M530 will be sold directly. There will be no flash sales.

There’s a good news for everyone who had fantasies of owning an Elephone handset. Elephone P8000 has been spotted on Snapdeal and Flipkart. Thus, it is the next Chinese company that will soon make an entry into the Indian markets. P8000 is a pretty good phone and it will heat up the competition further. Seriously! Who wouldn’t buy a phone with 3GB RAM for just 13000 Rs? 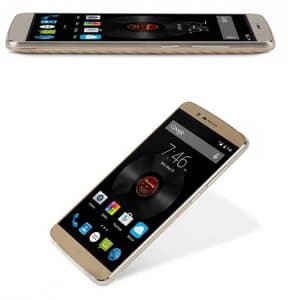 Yes, that’s right! P8000 features monstrous 3GB RAM and it will cost you just Rs 12999. P8000 is based on Elephone’s trademark metal frame design. It has 4100+ mAh capacity battery, 5 inches full HD IPS screen, 64 bits MTK6573 octa-core processor which is based on latest Cortex A53 architecture.

HTC brings Desire 326G and E9 plus phones to India