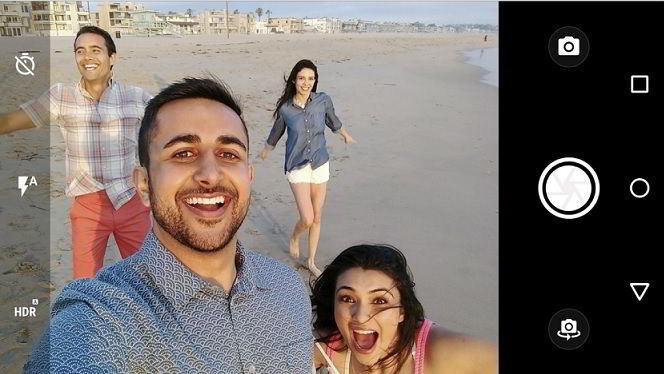 Moto G has been the best selling phone for Motorola. Before this handset was launched, Motorola had lost a lot of revenue to Apple, HTC, Samsung and other phone manufacturers. Moto G had turned things around for the American MNC.

When the company was in the process of getting back on track, Lenovo made a wise decision of buying Motorola Mobility. Because of the tremendous success of Moto G 2014, 2015, E and X and its K series phones, Lenovo has become one of the most powerful phone brands in the world.

Moto G4 will be sold in India with 2GB RAM, 16GB ROM, and 3GB RAM, 32GB ROM configuration for Rs 13499 and 14999 respectively. Both versions of the phone resemble Moto G3, and they have storage expansion option in the form of a 128GB MicroSD card reader.

Moto G4 Plus has a curved design and a square-shaped home button with rounded corners. There’s fingerprint sensor positioned below the phone’s 5.5 inches large full HD display. The screen has Corning Gorilla Glass 3 protection, and it boasts a pixel density of 401.

Moto G4 has a smaller 5.0 inches screen than G4 Plus with the same PPI density and resolution, but it doesn’t have a fingerprint reader.

The 4th generation Moto G phones are loaded with Motorola Mobility software long with Android M 6.0.1 operating system. The OS is claimed to have a clean UI, and it is free from junk apps that slow down the phone and heats it up.

Android N 7.0 update will be rolled out for this device.

The big difference between 3rd and 4th Gen Moto G is the performance. G4 (Plus) includes a better and much faster processor in the form of Qualcomm octa-core Snapdragon 617. Its predecessor has quad-core SD 410 processor. SD 617 offers more firepower due to which benchmark results of Moto G 4th gen will be better than the 2015 edition of this phone.

The GPU department has been upgraded as well. Motorola has equipped G4 Plus and G4 with an Adreno 405 graphics processor. Thus, the performance of Android games and graphics related applications will be smooth.

Both versions of Moto G 4th Gen flaunts f/2.2 aperture installed 5 MP selfie camera. The bigger aperture is nothing but the wide angle lens. The Plus edition offers 16 MP rear camera with OmniVision sensor and PDAF module whereas the G4 comes with 13 MP back camera.

Like the Moto G3, the battery in the Moto G4 phones is nonremovable. Lenovo has added a bigger 3000 mAh battery to the two handsets. Thus, battery backup is expected to be better than that of Moto G 2015.

Motorola has mentioned that if the user charges the G4 and its variant for 15 minutes, the battery will store more than 5 hours of backup power.

Motorola Moto G4 offers dual standby dual SIM support. It supports advanced VoLte and 4G-LTE technologies. There’s no hybrid card slot which means that you can use 2 SIM cards and a large capacity MicroSD at the same time. Both the phones lack NFC module. Their weight is 155 grams

This time, Motorola has decided to partner with Amazon India to sell the G4 and G4 plus phones. You don’t have to register for the flash sales. The handsets are being sold directly with some special offers. You can buy the G4 Plus for a price starting at Rs 1350 on Amazon. G4 is yet to be listed.

The phones are Amazon exclusive which means that Motorola has ended up its long-term partnership with Flipkart.