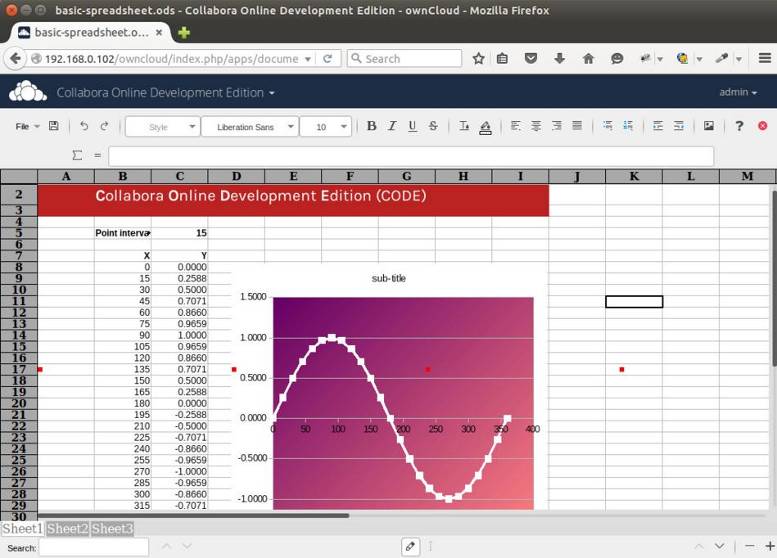 This is possible with CODE, a new tool launched by ownCloud and Collabora. CODE comes with a virtual machine software that runs the online version libre office with the help of the ownCLoud server. The VM runs the server, which in turn handles LOO. It allows other users to access and create documents, spreadsheets, and presentations online through the browser when CODE is deployed on a remote server.

CODE has been launched as a developer preview software. When it’s launched as a stable release, the libre office cloud is expected to perform much better. It will also include a lot of features.

The coolest feature of this deployment is that the user will not be able to distinguish interfaces of online and offline versions of this office suite because the same rendering engine is used for both the platforms. The UI has been tweaked a bit to render pages faster.

Libre Office cloud already offers a lot of useful tools. Its user will be provided with a special link so that they can carry on their work from any place at any time. The links can be made available for other users or they can be kept private for a specific user.

LO might turn out to be a great alternative to Microsoft Office online. It might be free, but you will have to own servers to deploy the platform. Hence, I don’t think there’s much of the cost difference between the 2. The performance of the cloud version of LO will depend on the hardware of remote machine and its network infrastructure.

Google docs offer basic but useful office tools, but your data will be saved on Google servers. Its performance is exceptional because of high-performance servers. Libre Office will store your data on your own servers and this will turn out to be its biggest advantage over other similar tools.

If you want to try out this platform, follow these instructions to deploy the office suite and CODE online on your own server.

What is Deceptive Site ahead warning and how can you fix...