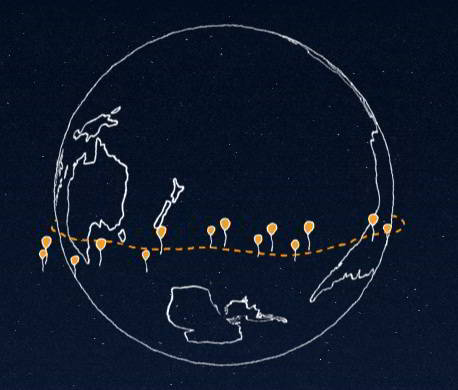 Google is undoubtedly one of the top innovative companies in the world. Its glass project might have failed, but the Project loon is in full swing. According to a report published by the top newspaper TOI, Google is discussing the implementation of this project with the Indian Government. Thus, India might be the first company where Google’s Loon network will go live.

Just like Facebook’s internet.org project, the project Loon will offer cheap or free internet access to people in developing countries.

Facebook has offered its free internet service with internet.org app. But unlike Facebook, who has partnered directly with telecom companies in India and Africa, Google will suspend 1000’s of balloons above 15 or 20 kilometers above the earth’s surface.

These balloons will be carrying powerful wireless network connectivity equipment like wide range routers/WiFi and they’ll be connected to each other wirelessly or with high-speed fiber-optic cables.

The balloons will be powered with light-weight helium gas. Although Google has 100’s of data center across the world, it might have to set up a computer center in cities where it might want to provide its internet service.

Users might be provided with data cards or device installed with software that will set up a connection with a nearest project loon router. To set up the loon network, Google will invest 100s of million dollars.

Google is also expected to ink deals with some telecom operators for using their wireless LTE network. Google has confirmed that the project loon has been tested in New Zealand and the devices powered by its network didn’t face any connectivity issues. You can check the official project loon site for more information.

Here’s the reason why this project is interesting