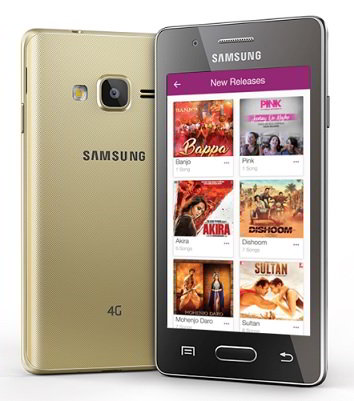 Samsung is a competitor to Nokia in the feature and budget phones segment. Its mobiles are always in demand, thanks to the excellent hardware and software features the handsets provide to the customers at a decent rate. In the low price segment, the Galaxy series has been the most popular range of Samsung phones in India.

This portfolio of mobiles have not only established Samsung as the leading phone brand in the country but have also satisfied the requirements of millions of citizens.

Today, we have shared the list of top rated and best-selling smartphones from the Korean tech giant i.e. the best cheap Samsung mobiles. Here’s the list:

Another top product from the Korean company, this phone offers extraordinary features at a budget cost. Galaxy Core Prime is a dual SIM mobile with a 4.5 inches WVGA touchscreen display. It has a 5 megapixels rear camera and Android KitKat 4.4 operating system. This device provides 1GB RAM RAM, microSD card slot, 8GB ROM. It is priced below 6000 Rs.

This mobile has a removable 2000 mAh battery. It carries a price tag of Rupees 4999.

One of the best-selling Galaxy series device on this list of the best Samsung mobiles around 6000 Rs, Galaxy J2 2017 has Android 5.4.1 OS and a Spreadtrum quad-core processor. It features an AMOLED 4.7-inch touchscreen display with 540 x 960 pixels resolution. It offers pinch to zoom and finger gesture functions.

Galaxy J1 is an upgraded version of the above mobile. It is a 4G enabled device with nice cameras and a beautiful display.

Z2 is a cheap Samsung 4G phone under 5000 that supports VoLTE and USB on-the-go technologies. It features a 4-inch display with a good resolution of 480 x 800 pixels.

Samsung Z2 runs on Samsung Tizen operating system. Its display is powered by the touch technology. It provides a juicy 1GB RAM and has a primary 5 megapixels camera.

Z2 Tizen features a 1500 mAh capacity battery and it provides an 8GB storage memory. It has a MicroSD expansion slot and dual-SIM tray. It is available in gold color option for below 4700 Rupees in India.

Galaxy J200G from Samsung ships with 1GB system memory and it has 8GB storage memory. J200G carries a 2 MP front and a 5 million pixel back camera. It is a lightweight Samsung 4G phone with a MicroSD card slot.

This Samsung device provides a Mali T720 GPU. It supports USB on-the-go and has a Micro USB port. It features the Android L operating system.

Overall specs of this device are good for a phone from 6000 to 7000 Rs range. Hence, you can consider J200G as a good phone for your budget. The price of this Samsung smartphone is 6990 Rs.

Must check: Best mobiles under 7000 Rs

Z4 is a good looking Samsung touchscreen phone that you can buy online for within 5000 to 6000 Rs range. It has a 4.5 inches display with 480 by 800 pixels resolution. It flaunts a 5 MP rear camera that supports video recording at 720 pixels video resolution.

Samsung Z4 has 144 grams weight, 10mm thickness, 2050 mAh Lithium ION battery, and MicroSD card slot. It has 1GB RAM and 8GB ROM. Thus, the handset can store 1000s of contacts or text messages in the memory.

This Samsung mobile below 6000 Rupees supports high-speed 3G, EDGE, GPRS and USB connectivity. It also supports VoLTE and 4G-LTE. It has a 3.5 mm Audio jack, Bluetooth with EDR technology, and several essential apps. The mobile comes pre-installed with Tizen 3.0 OS. It costs between 5500 to 6000 Rupees.

This bar type device packs a loudspeaker, MicroSD card slot, Bluetooth, and 3.5 mm Audio jack. It comes pre-installed with a music player app and has a fast Exynos quad-core processor. Other apps that come pre-installed on this handset are Facebook, Twitter, games, opera mini for browsing the internet with 2G, 4G, or 3G connection, etc.

This Samsung mobile can store over 1000 text messages, files, and contacts as there’s 8GB storage memory in it. It features FM Radio system. As it includes every essential feature, On5 is the best low-budget Samsung mobile in India right now.

Note: Samsung hasn’t launched 2+ GB RAM mobile for under 7000 Rs. Go through the following article to see the list of top devices with a high amount of system memory.