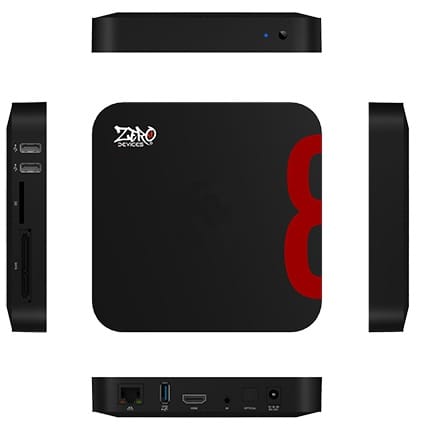 Zero devices, the Chinese manufacturer of affordable Android set-top boxes have revealed the features of its upcoming product, the Z8C Alice.

This new device is an Android OS running TV box. It supports Linux Ubuntu operating system tool. Z8C comes with an Allwinner octa-core A5 SoC that houses Cortex A15 and A7 architecture based CPUs.

When it comes to processors, Allwinner is not a renowned brand. But as many tablets launched in the European countries are powered by Allwinner processors, users should consider A5 as a reliable and decent processor. Z8C includes a powerful 64 core PowerVR G6230 GPU. 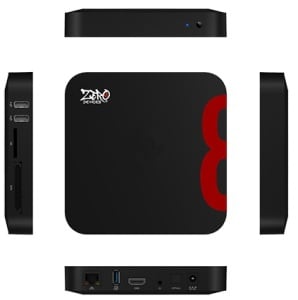 Many high-end mobile phones launched these days employ PowerVR’s graphics processing unit. This chip supports OpenGL and DirectX technologies. Thus, it can process video and image files of various formats. Z8C has a SATA port. Thus, you can connect external DVD players, hard disk drives and other compatible devices to it.

This set-top box also includes an HDMI and 2 USB ports. Thus, you are allowed to connect a pen drive or an HDTV to it. Alice comes with Broadcom’s Bluetooth chipset and it includes a WiFi module.

Zero devices claim its Android tv box can play 4K media files and it scores over 50000 in the Antutu benchmark tests. The set-top box is unavailable for purchase yet.

When launched, it will be priced in the same range as Freakbox. Well, this is not the only set-top by the Chinese firm. Zero devices had earlier launched the quad-core Rockchip CPU equipped Z4C II Quattro.

LG webOS 3.0 to ship with next gen smart TVs supporting...