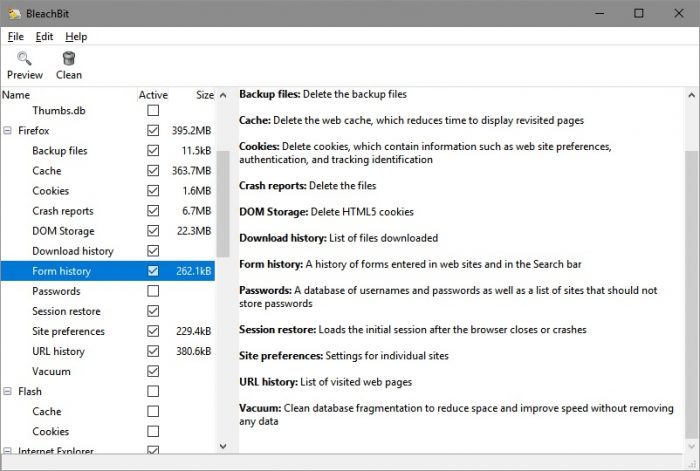 The latest version of BleachBit, the open source, and cross-platform junk file cleaner has been launched. There are plenty of system tune-up and temporary file cleaner tools out there and BleachBit is one of the oldest programs among the lot.

BB was launched in 2008. Over the years, BB has grown into a powerful utility. Unfortunately, it isn’t as popular as CCleaner.

CCleaner has a massive user-base. Can the latest edition of BleachBit make CCleaner users switch to BB? Does it have the potential to be the next CCleaner? Here’s my honest review of BleachBit.

BleachBit is a free application. Its setup file size is about 3 megabytes. Once it is installed, BB consumes about 10 MB storage memory.

The main interface of BleachBit boasts a toolbar, menubar, and a panel which is divided into two sections. The 1st section flaunts a list of programs and their features that are responsible for the junk files. It also features checkboxes to select the features/programs. The 2nd section displays the details of the program you’ve chosen.

The preview utility lets users see the junk files generated by the programs they’ve selected. Once you choose a program and click on the “Preview option”, the 2nd section of BleachBit will display the location of junk files in the file system, and at the same time, the 1st section will show the amount of space the files are using.

To delete the selected files, click on the Clean option of the BleachBit program.

General: This section of BleachBit lets users specify the IEC size for Kilobyte. Like other programs, BB will display a confirmation dialog box before deleting the files. Users can turn this feature off from the General settings section of the program. Through this section, you can also configure the PC junk cleaner to exit when it has finished removing the files.

Custom: BleachBit enables users to specify custom scan locations. If you want the program to scan the installation directory of certain programs, use this option.

Whitelist: If you want BleachBit to ignore certain files and folders, you can whitelist the files with this option.

Pros and Cons of BleachBit

Registry: Registry is the backbone of the Windows operating system. Unless you know how the registry works, you shouldn’t play with it. I’m glad that BleachBit doesn’t have a Registry optimizer/cleaner utility.

UI: BleachBit has an intuitive interface. It doesn’t have too many features. The important options of the program are right in front of the user.

OS: Unlike CCleaner, BleachBit is a cross-platform tool. It supports Linux, Windows and Mac operating systems.

Scheduler: BleachBit doesn’t allow users to schedule temporary file cleaning tasks. However, you can use a third-party tool such as Pulover Macro Creator to automate tasks in Windows.

Always on top: If you’ve opened many folders, working with BleachBit won’t be a great experience because the program lacks Always on Top option.

Conclusion: Bleachbit is easy to use as compared to other junk file cleaner applications. It is lightweight as well. BB lacks advertisements. 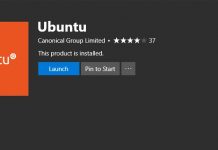 How to SSH on Windows 10 without Putty?

Free duplicate file finder and deleter to free up space on...