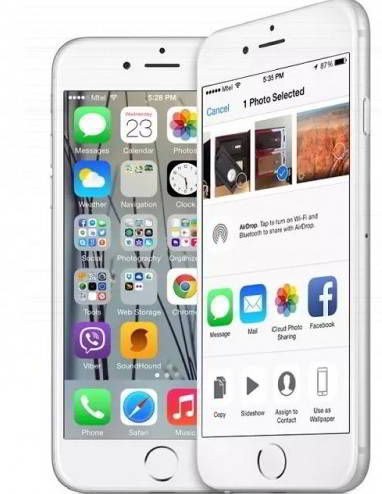 In one part of the world, distinguished engineers and scientists work day and night on innovations and gadgets. In other, Chinese companies eagerly wait for the top tech companies to launch their new products. When a new phone, laptop or tablet has been launched, their clones will be available in the markets within one of two weeks. One of the most copied mobile devices is iPhone 6.

The iPhone is one of the most important products of Apple, and it is a dream phone for millions of people. Due to the tremendous success of this handset, Apple was declared as the most valuable company in the world.

Apple is much larger than IBM, Intel, and other major tech companies. This handset offers access to premium Apple services like Apple Pay, Itunes, ICloud, etc. It features some of the latest computing and networking technologies like NFC, Retina display, LTE/voLTE, slow-motion video recording, etc.

This latest model of this handset is priced at 1000 to 1200 dollars. In this budget, you can easily buy a powerful laptop with 8GB RAM, Intel Core i7 processor, and NVidia GTX 960M GPU.

iPhone 6 plus clones are bought by people who can’t afford to buy the original handset from Apple. They are available for purchase only on the websites of Chinese retailers or smartphone manufacturing companies.

Some carriers in the US offer special plans for smartphone buyers. They offer iPhone 6, HTC One M8, LG G4 and many other high-end phones on a contract basis. During the contract period, the subscriber will have to pay a small amount (for the device and telephony services) on a monthly basis.

After the contract gets over, you’ll have to hand over the device back to the carrier. The contract-based subscription system is available only in the US. In other countries, you’ll have to pay the full amount to the physical or online retailer. iPhone 6 plus clones will not offer high-end features.

Top 10 iPhone 6 plus clones that you can buy now

Goophone is a Shenzhen based manufacturer known best for launching clones of high-end Samsung Galaxy and Apple handsets. Talking about the Goophone I6 plus, it is very hard to distinguish between this handset and the original iPhone. It is near to impossible task to spot the differences between these two devices.

Interestingly, Goophone has launched three versions of the iPhone clone, each equipped with one of these three processors – dual, quad and octa-core. The dual-core version comes with 512MB RAM, 5MP rear, 2MP front camera, qHD screen, Android OS along with IOS-like theme.

The quad-core version of iPhone 6 plus clone comes with HD screen, 8MP rear camera, 2 MP selfie camera, and 1GB RAM. The octa-core model will cost your 250 dollars. It has 5 megapixels front camera. Other specs are same as the other two devices.

This iPhone 6 plus clone has software that emulates the functionality/behavior of a fingerprint sensor. This handset packs with five sensors. It has a full metal body. You can buy this iPhone 6 plus clone for a dirt cheap price tag of 150 dollars on the official Goophone website. I6 plus is available in golden, black and white color options. 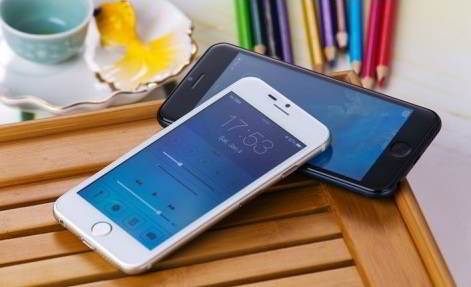 The manufacturer of this device is located in the same region as Goophone i.e. Shenzen, China. The Sophone I6 Plus is available with similar features, configuration and color choices as the above phone. You can buy accessories for it too. Stylus pen for I6 plus is available for 2 dollars.

Screen protector and a protective case will cost you 0.01 and 5$ respectively. SoPhone i6 plus is retailing on fastcardtech.com for within 160 to 260 dollars. 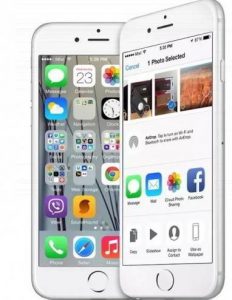 To be honest, this is a better and much more powerful handset than the Apple iPhone 6. Big Cola 3 has full HD screen built with sapphire glass. According to this article published by Gizmodo, Sapphire glass is much stronger than steel and glass. Thus, the display in Big Cola 3 is resistant to scratches.

The screen won’t crack when you’ve accidentally dropped the handset. Big Cola 3 has a 64 bit MediaTek eight-core processor and 3GB of RAM. It comes with a 5 inches screen and 16GB of internal storage.

This iPhone 6 clone supports 128GB MicroSD cards. It is fitted with Sony IMX series 13 megapixels sensor. The front side of Big Cola 3 flaunts an FHD 8MP camera. Big Cola 3 runs on Kit Kat OS, and it supports LTE 4G network connectivity. Despite having such impressive features, this handset is priced at just 250 dollars (about Rs 15000 in India) 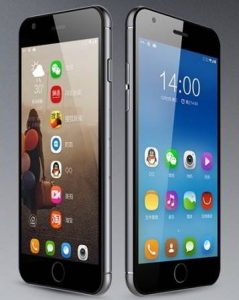 Conclusion: There are a lot of iPhone 6 plus clones available on the internet, but only the above three devices look like an exact copy of the iPhone. Dakele Big Cola 3 is a better handset of the three as it packs more features and powerful hardware.

If you’ve decided to buy any one of the 1st two devices, don’t forget to add a screen protector to your shopping cart before you place an order. Cola 3 sports a very sharp display. Thus, you don’t have to buy any protection covers for it.