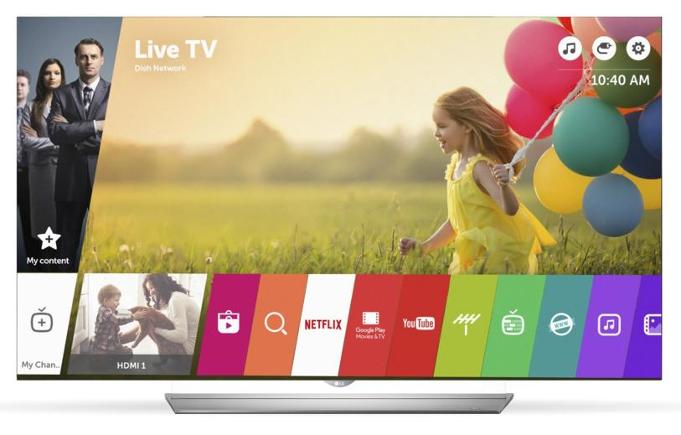 LG, a company that designs and manufactures phones and smart televisions has announced that it will be officially unveiling the latest WebOS (version 3.0) software at CES 2016. It will be using the software to power the next generation televisions which are expected to be displayed during the event.

The latest edition of LG webOS will allow smart TV owners to access online video streaming services like Netflix, Hulu, YouTube, etc. It has the below new tools that will be unique to the LG televisions.

Magic zoom is a module that will let users zoom a portion of the video or image displayed on the screen. LG claims that WebOs 3.0 will keep the quality of the zoomed content as it is.

The users will enjoy the cool split screen feature as it will allow them to enjoy 2 separate channels at a given time. This feature isn’t new as old traditional TVs launched 5 years back allowed to watch multiple channels by splitting the screen into 2 or 4 parts.

If you want to stream applications from phones to the smart TV, the magic connection feature will help you in doing so.

The magic remote for LG smart TV’s will boast a power button to switch on or off the digital set top boxes. If you’ve connected a video recorded to your TV, the remote will allow you to control the content stored on your recorder.

PRNewswire claims that the LG WebOs 3.0 will support the upcoming IoT (internet of things) technology. Thus, you will be able to control large home appliances from your smart television.

LG doesn’t seem to be interested in implementing the webOS 3 on mobile devices because the popularity of Android is at prime. So don’t expect the upcoming LG phones to run this OS.

Xiaomi had launched the first of its kind TVBar gadget that makes any old or new HDTV smart. A cheaper solution for streaming content from websites is the Google Chromestick.

Anyways, the CES is an important event where many new devices, software and tools will be unveiled. It will be the 1st major public technology event for 2016. LG’s new webOS will attract television enthusiasts as it promises some unique features.