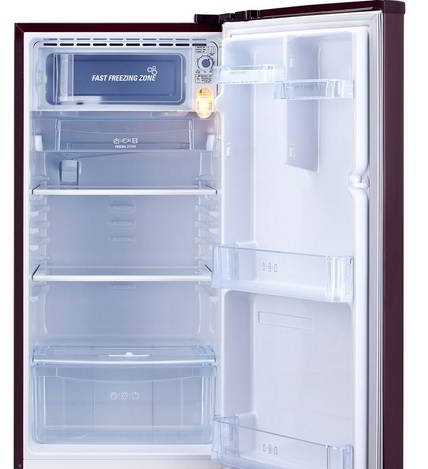 Weather in your area may not be as good as it was in the late nineties. Severe climate conditions are because of the global warming crisis. Inclement weather can have adverse effects on your health. It also makes your food prone to many bacterial and fungal infections. Scientists believe that food exposed to air can become a home for many bacteria that may cause dysentery, diarrhea, and other illnesses. To keep your food safe and fresh, you should use a refrigerator.

There are two major types of refrigerators available in the markets i.e. single and multi-door. The 1st class is suitable for small kitchens and clinics. They’re cheap. The 2nd type (multi-door) are expensive, and they’re more stylish than single door refrigerators.

Many people believe that refrigerators are power-hungry electronic appliances. Thus, they are afraid to buy them. This is not the fact. Cooling technology has become much better than it used to be before in the early nineties and before the year 2000. When refrigerators were 1st invented, only rich people could have afforded them because the fridges of that era consumed a lot of power.

After 2005, many manufacturers started to publish refrigerator ratings so that a user can buy their products without worrying much about electricity bills. BEE provides the score of the best refrigerators. BEE is the abbreviation of the Bureau of energy-efficient. It is a government organization that rates electronic appliances by their electricity consumption. The product with maximum rating will use less power as compared to devices with lower ratings. Power companies charge for every unit of electricity you waste. Thus, choosing a refrigerator brand wisely will help you in saving 1000s of Rupees every year. Indian manufacturers, Godrej, and Videocon have also launched some fridges and BEE has rewarded them with 5-star ratings. This proves that some Indian brands are good. Here are the best refrigerators in India for 2015 (based on their price tags and ratings).

LG: Television, air conditioners or Televisions from LG are always counted among the best. LG is one of the largest brands in the world, and it has been selling electronic appliances in India for several years. LG has many customer support centers across India. It has launched many refrigerators out of which the below models are the most popular ones.


Samsung: This company is one of the top competitors of LG. It is also one of the oldest manufacturers of large home appliances. Below Samsung refrigerators are quite popular in the markets.


Godrej: If you do a bit of research on eCommerce sites like Flipkart, Snapdeal or Amazon, you’ll come to know that Godrej is more popular brand than Videocon. Some of its products are as good as that from LG and Samsung.


Videocon: This is yet another reliable company that has several decades of experience in serving Indian customers. It has launched several home appliances and some conventional refrigerators. Below are the latest models of Videocon refrigerators that you can buy right now.


Whirlpool: This is an American MNC that has been operating in India since the year 1987. Some of its washing machines, ACs and microwave ovens are very popular in the markets. According to its official website, Whirlpool has launched refrigerators with 3 or 4 energy star ratings. Some of its best-selling refrigerators are Genius 205 CLS plus, Ice Magic 5G and Neo Fr258 classic.

As you can see above, most refrigerators have a 5-star rating and their capacity is within 180 to 350 liters. They require lower current than fridges with 4 or below rating. They also feature the latest direct cooling technology.

Buying Tip: I would request you to visit your nearby electronics store to check the price tag, power usage and build of the best refrigerators in India. Most fridges with 5-star ratings have a label that displays the unit of electricity they consume in 365 days.