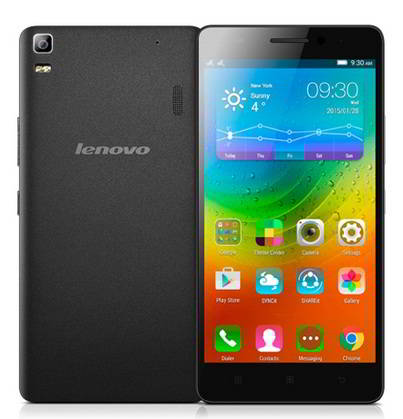 Lenovo might steal the show at the MWC event as it has unveiled some highly affordable devices with world-class features. Today at Barcelona, Lenovo has revealed the features of A7000 phone – the powerful successor to A6000. It has also showcased the vibe shot camera phone that features an OIS sensor.

Lenovo has installed Vibe UI and Android Lollipop 5.0 OS on both these handsets. It will sell the Vibe shot phone by 31st of June for below 22000 Rs. Lenovo A7000 phone has a price tag around 350 dollars (within 9000 to 11000 Rs) and it will be available from next month onwards.

A7000 is a high-definition phone with massive 5.5 inch IPS touchscreen display. It features Mali T series (T760) graphics processor and 2GB RAM. This phone is loaded with a true octa-core MT6572M CPU, each core has a max clock speed of 1.5GHz. It has 8GB storage, high-speed 3G, LTE connectivity options and 2900 mAh battery. Lenovo A7000 weighs around 139 grams. Its thickness is around 7.89 millimeters. It has full HD dual cameras.

The front camera has 5 MP sensor. It supports video-calling at 720p resolutions. The rear 8.0 megapixels camera of Lenovo A7000 supports image at resolutions up to 1920 x 1080 pixels. It supports AF mode. Micromax Yureka, Xiaomi Redmi Note will be in competition with this handset.

Vibe shot is one of the best and the most powerful Lenovo camera phone that you’ll ever come across. It has 3GB RAM which is backed up by a 1.7 GHz octa-core Snapdragon 615 processor.

Lenovo has covered the front and back side of the VibeShot phone with Corning Gorilla Glass 3 layer. Thus, the display, camera, and flash system of this Lenovo device are resistant to scratches and dust particles.

A7000 will go on sale in white, black color options. Lenovo VibeShot will be offered in red, gray, and white color choices.