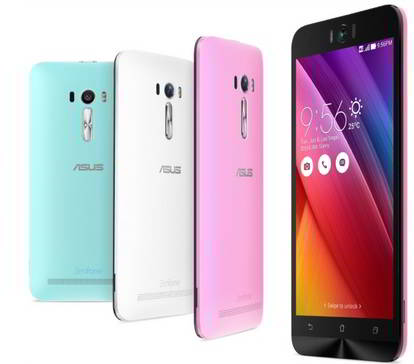 At this year’s Computex event, Asus has announced 2 new budget devices for the Asian and International markets. Its first device is a new EeeBook series notebook with model number E202 and other is a powerful new selfie-centric Zenfone.

The Asus Eeebook E202 is an entry level laptop that will retail for within 200 to 300 dollars. It features the latest model of Intel Pentium processor along with 2GB or 4GB RAM module. E202 is fitted with a USB Type-C connector and 2 addition USB ports. It packs with 500GB HDD, HDMI slot, SD card reader, VGA camera and an 11.6 inch HD liquid crystal display.

Asus Zenfone Selfie is a powerful handset that will be launched for people who are obsessed with the front camera of the smartphones. It will be available in 7 color options, each equipped with an octa-core Qualcomm processor. Zenfone selfie has full HD IPS 5.5 display and a 13 million pixel sensor manufactured by Toshiba. Toshiba is not a distinguished camera manufacturer but its televisions, Refrigerators, and Airconditioners are sold like hot cakes in some countries. Thus, Asus has played an interesting move by using a Toshiba sensor in its upcoming phone.

The camera in Asus Zenfone Selfie has a Largan-Prism sensor that supports wide-angle photography. It is assisted by a Laser auto-focus system and Asus Pixel master imaging technology.

Along with the announcement of new phone and laptop, Asus has rolled out an OTA update for the Zenfone 6, 5, 4 handsets. Thus, if you’ve any of these 3 devices, activate the data connection and update the Kit Kat OS in your device to Android Lollipop.

Xiaomi 1S users will not be happy as Zenfone 4 was launched few months before Redmi 1s was introduced. HM 1S users are still booting the outdated Android 4.3 OS. Xiaomi has failed to roll out MIUI 6 update (which is based on Kit Kat OS). Google has already announced Android M OS during the I/O event 2015. When it officially launches this new version of Android, Asus’s flagship handset, the Zenfone 2 might get an Android M OTA update.