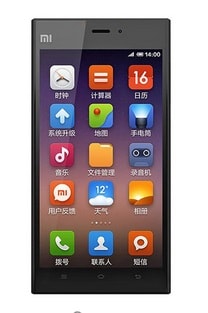 Chinese phone maker Xiaomi is all set to enter the Indian markets with the launch of one of the company’s top-selling phone MI3. This device has been listed online on Snapdeal without its price. This device is a single SIM GSM + WCDMA phone which is powered by the 2.3 GHz Qualcomm Snapdragon 800 processor.

It supports dual Standby and it packs with Adreno’s latest 330 graphics processing unit. Xiaomi MI3 boasts a 2GB system memory or RAM and it will go on sale in different storage capacity models (16/32/64 GB). The phone with the lowest storage i.e. 16GB version will cost you around 14000 Rs. This mobile has an IPS panel installed 5 inches large capacitive full high definition (with 1920 x 1080 pixel resolution) display. MI3’s screen has an impressive 441ppi pixel density.

Xiaomi Mi3 has a dual LED, F/2.2 Aperture equipped 13MP camera at the back and a front 5 megapixels camera. The rear snapper can shoot high-resolution pictures and FHD videos. The camera, processor, and the memory specs put this device in the league of the top Android mobile under 15000 Rs. It also includes proximity, gyro, magnetometer, accelerometer, barometer sensors within its chassis. It supports quality playback of AVI, MP3, MP4, MPG, VOB, AAC, MPEG4, WAV, MIDI files.

This Xiaomi phone runs the Android Kit Kat 4.4.2 OS and it can connect to the internet via a 3G, WiFi, EDGE or GPRS plan activated. XI3 from Xiaomi is 8.1 millimeters thick and has a weight around 145 grams. The device also supports navigation via GPS, Glonass or AGPS technologies and it has a 3050 mAh battery. 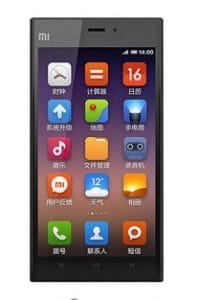 IPod Touch 6th Gen short review: Will you buy it or...