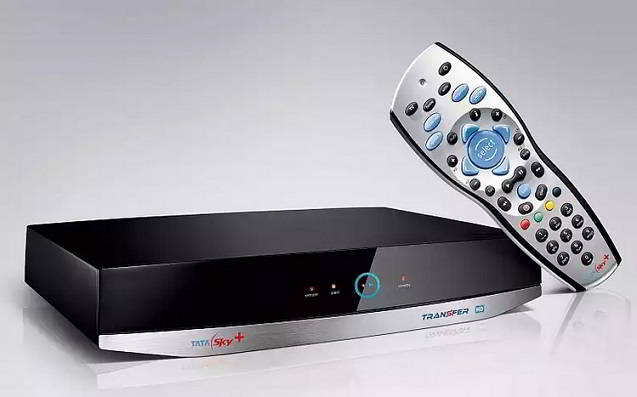 DTH services have changed the way we watch television for entertaining ourselves. In the early 2000s, people used to note down the timings of their favorite shows in order to watch them. After DTH set-top boxes were introduced, users started recording their favorite TV programs and movies to watch them later. The recorded stuff was saved on the internal storage of the set-top box.

Along the ability to record TV shows, the STBs also allowed customers to pause and resume live matches and shows. Tata group was one of the 1st company to offer Direct-to-home services in India.

It has launched several set-top boxes in partnership with Sky broadcasting company. Yesterday, the DTH service provider launched the 1st of its kind transfer STB that allows you to watch your recorded TV shows on phones and tablets wirelessly.

In order to enjoy the streaming feature, users will have to connect a special dongle to the STB. This dongle will be provided by Tata Sky and it will feature a WiFi module. It will support connectivity with several handheld devices at a time. This new service is awesome because you won’t be charged for watching videos. Data will be transferred to mobile devices within 10 to 20 meters range with WiFi technology. Before using this feature, the user will have to install Tata sky Android or IOS app on their handset and tablet.

The Tata Sky plus transfer STB is certainly a good alternative to Google Chromecast and other Internet PC sticks as you don’t have to pay Internet bills. When you watch videos online, 1000s of megabyte data is transferred between your device and the remote machine.

Mobile 3G/4G and broadband plans are expensive. If you want to enjoy movies/videos online, you should invest minimum 600 Rs per month for using the internet (i.e 7000+ Rs yearly).

The STB will have a 500 GB storage hardware to save your recorded content. It will be first made available in metro cities where TATA sky has most of its customers. Transfer plus set-top boxes are priced within 9000 to 10000 Rs. Existing customers of this DTH provider can dump their digital HD or 4K STB in exchange for transfer plus on a payment of Rs 7800.