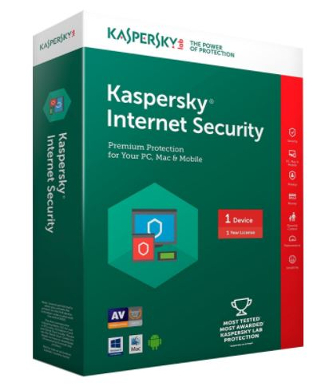 After the recent ransomware attacks, the first thing that the PC users are looking for before buying a security application is Ransomware protection. A ransomware is a malicious program that locks down your computer.

WannaCry, the dreaded ransomware that affected 200K computers this year barred Windows users from accessing their accounts. It replaced the Windows lock screen/welcome screen with a message to transfer a random bitcoin amount to a bitcoin address.

To regain access to their accounts, companies and individuals transferred the requested amount to the bitcoin address.

Contents hide
1 What should you do when a Ransomware infects your computer?
2 Free vs paid: Which antivirus should you use?
3 Bitdefender vs Kaspersky vs Avast
3.1 Ease of use
3.2 Antivirus Engine
3.3 Pricing
3.4 Which is the best security software among the 3?
3.5 Related Posts:

What should you do when a Ransomware infects your computer?

Install Linux OS, copy important nonexecutable files to a flash drive or Linux partition, format the NTFS or FAT partitions and re-install the Windows OS. You can also clean the PC with an emergency rescue disk.

Free vs paid: Which antivirus should you use?

Windows 8+ OS ships with the Windows Defender AV program. It also includes a powerful firewall tool and a SmartScreen utility that displays a warning message when you try to open an executable file downloaded from the web.

WD does a decent job of protecting the PC, but Microsoft doesn’t provide regular virus definition for this program. This is the reason why Windows OS users use a third-party security software.

Top security companies have launched free antivirus programs for Windows. The programs have limited features but they get regular updates. Unfortunately, the top-rated free AV applications don’t protect your PC from ransomware or malware. They don’t allow users to create a rescue disk.

Below, we’ve compared the features and the performance of the three programs.

Bitdefender vs Kaspersky vs Avast

The 1st product from the 3 firms is cheap and it offers basic features. A standalone AV software is a great asset for computers without an internet connection.

Internet Security suite is a must-have software for Windows users who spend most of their time on the web browsing social networking sites, shopping, or accessing bank accounts. It prevents users from opening phishing and malicious URLs. It monitors email ports and blocks phishing and junk emails.

The program ships with a WiFi analyzer utility which displays a warning message when you try to connect your device to an insecure WiFi hotspot. It also blocks unauthorized users from accessing the webcam. Internet security suites include a Firewall utility that filters harmful data packets. You can block certain Windows apps from accessing internet by creating a firewall rule.

Kaspersky Total Security ships with a password manager and file encryption tool. It also provides parental control settings which you can configure to prevent kids from browsing inappropriate websites.

Avast Premier software is a good alternative to Kaspersky Tsec. It includes a file shredder and app updater tool. It prevents DNS hijacking attacks and sends suspicious file to an Avast server for analysis.

Avast, BitDefender and Kaspersky programs have 400+ million users. These 3 applications are popular because they are easy to use and have a powerful AV engine. Installation of these 3 programs takes a few minutes. Once you install Kaspersky, Avast, Bitdefender, you’ll be prompted to update the virus definitions and run a scan. The programs will run in the background to monitor the activity of the user and executable files.

AV-Test, the independent IT security firm benchmarks antivirus applications and publishes the results on its website. The firm tests programs on Windows XP, Vista, 7, 8, 8.1 and Windows 10 OS running computers.

The company has shared the results of June 2017 and the results are surprising. According to AV-Test, programs that offer the best computer protection are as follows:

Interestingly, Kaspersky ranks 9 on the list. The free version of Antivirus ranks higher than the premium Bitdefender application. V3 is a new product.

10200 samples were used. BitDefender and Kaspersky scored 100%. Avast failed to detect few viruses. It scored 99.9%. The score is impressive for a free security software.

Which is the best security software among the 3?

I’ve used Kaspersky, Avast and Bitdefender Internet security on my laptop. These 3 programs run in the background without degrading the computer’s performance. They are easy to use and have a powerful antivirus engine.

Kaspersky’s security products are cheaper than that of BitDefender and Avast. If you are searching for a cheap AV or IS application with excellent ratings, buy Kaspersky. Avast and BitDefender are good alternatives to KS.

BD has an autopilot mode feature which handles computer security issues on its own. It analyzes the computer hardware and changes program settings automatically. BD’s ratings and reviews on software download sites aren’t great.

Avast is an impressive program with a good AV test score and excellent ratings. You won’t be disappointed if you buy an Avast security product.