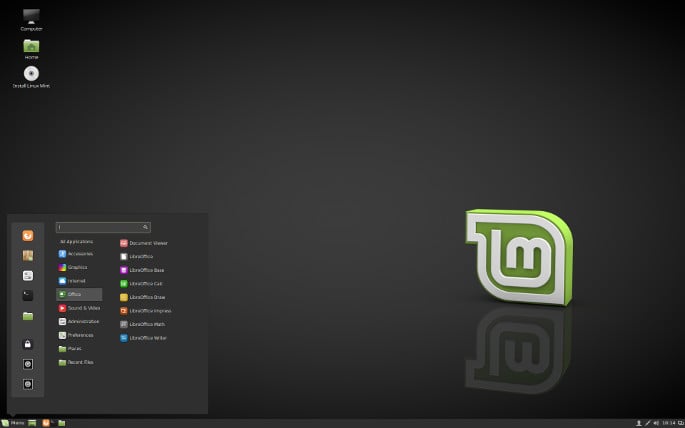 Linux OS is user-friendly and provides a graphical user interface. Even a novice user can get started with Linux without undergoing special training. Although Linux OS is very stable, it doesn’t offer a great experience on laptops with AMD GPUs.

I’ve used OpenSuse, Fedora, and Debian. The three OS had some issues with the graphics card on my system. Last week, I installed Linux Mint 18 and guess what? I’ve found the most stable version of Linux OS for my AMD Radeon GPU powered laptop. I’m using LM18 for 3 days and I have become a huge fan of the latest edition of Mint operating system. The OS installs the latest AMD GPU drivers automatically. It hasn’t reported any GPU related issues so far.

If you’re searching for Windows 10 alternative OS with great features, you should install and use LM18.

Below is the comparison of important features in Windows 10 and Linux Mint 18 operating systems.

In Linux Mint 18, you have to run these two commands to update the software on your system.

You can also use the pre-installed synaptic package manager or system updater utility to upgrade software on your Linux Mint PC.

Installing and maintaining development packages and tools is an easy task on Linux Mint. Most production servers in the world use Linux OS. If you’re a developer, you don’t have to adjust yourself to suit the new requirements.

Linux OS supports SSH, SFTP protocols directly i.e. you can log in to your server from the terminal itself. In Windows OS, you’ll have to download tool such as Putty, FTP client software to log into the server.

Security applications run in the background. Apart from this, Windows 10 pack include other software which you may never use. The programs load themselves into the system memory.

Linux Mint 18 also comes pre-installed with plenty of applications, but when system boots to desktop, the RAM usage is amazingly low (below 1 GB). Windows 10 OS takes up 2.5 GB RAM it runs basic applications in the background.

I’m using the MATE environment and I’m loving it.

Linux OS comes with a powerful firewall module, which users can configure to allow only outgoing traffic. Once you set the firewall to block incoming connections, your PC will be safe.

Accessing system files and running background service requires root permission in Linux OS. If you set a strong password, your computer will be as safe as a locker.

Linux Mint 18 ships with the latest edition of Libre Office suite. LibreOffice is stable and as good as MS office. It packs the following programs:

One of the best email clients i.e. ThunderBird comes preloaded in Linux Mint 18 OS. You can add as many email accounts as you want in Thunderbird. The default main app in Windows 10 OS is buggy. It stopped synchronizing mail from configured accounts suddenly on my laptop.

How to install Linux Mint?

Conclusion: Linux Mint 18 is a perfect Windows 10 replacement, but this doesn’t mean you should abandon Windows. Linux Mint doesn’t allow users to install games directly. You’ll have to install steam app/OS or Wine software for running your favorite game.