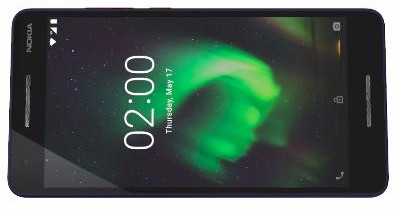 Want to buy the best Nokia touchscreen handset? Well, your decision is good, and I support it as Nokia is back with a bang and has launched plenty of smartphones in India.

The battery backup of the newly launched devices is excellent. Also, HMD global, the company that owns Nokia has promised Android P update for all the new Nokia phones.

These are the best Nokia phones you can this month for below 10000 INR:

Best Nokia mobiles under 10000 in India

The handset features a 4100 mAh battery, an 8MP rear camera that supports digital zoom, recording of MP4 quality videos. You’ll also find a 5MP camera in this phone. N2 is built with high-quality polycarbonate material. It offers around 650+ hours of 3G talk-time. It supports 4G-LTE and VoLTE technologies.

If you’re looking for a 2GB RAM Nokia phone or an alternative to the Xiaomi, Samsung phones, then this mobile is perfect for you. N3 runs the Android 7 OS. It costs around 8000 to 9000 Rs. It has a 1.2 GHz MTK6737 quad-core processor.

This mobile does not have bloatware as it has stock Android OS. It has a 5-inch high definition IPS capacitive touchscreen with Corning Gorilla glass three protection technology.

N3.1 is one of the latest Nokia phones on our list. It packs a MediaTek MT6750N 1.2 GHz octa-core processor, and Android Oreo OS. It has a 16 million color combinations supporting HD+ IPS capacitive LCD 5.2-inch touchscreen display with 18:9 aspect ratio.

Our latest device in this list of the best Nokia phone under 10000 Rs in India, N2.1 is a single SIM/dual SIM GSM device which has a 1024 MB (1GB) RAM and a MicroSD card slot. The handset provides 3G, WiFi, EDGE, Bluetooth, 4G-LTE, VoLTE support and packs an 8GB storage memory.

Nokia 2.1 has a 64-bit processor. It features an 8-megapixel rear camera and a 5MP front camera. It has a 5.5-inch capacitive IPS touchscreen HD+ display with 16:9 aspect ratio. It supports 4G networks.

N2.1 is 9.6mm thin. Its screen has an anti-fingerprint coating. The mobile supports GPS, A-GPS, Beidou navigation technology. It has a headphone jack and two speakers. The rear camera of this device supports AF technology. The front camera unit is a fixed focus type.

The handset is powered by Android Oreo OS. It ships with 4000 mAh battery, accelerometer, and light sensors.