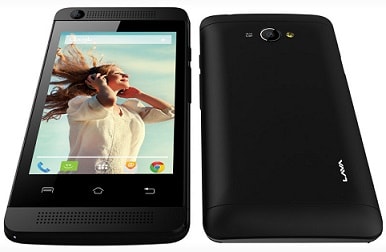 Lava has recently introduced a device that can be termed as one of the best phones under 4000 Rs. Dubbed as Iris 360, this mobile offers impressive features at an affordable price tag of Rs 3849. It has been designed for people who love to watch videos and listen to music on their phones.

At the front, the IRIS 360 music features 2 speakers that can play sound aloud. It has a dual core 1000 MHz processor and a good system memory of 512 megabytes. This smartphone from Lava packs with a 4GB storage and 2 slots for GSM SIM card. It has a capacitive sensing technology based half-size VGA touchscreen display of 3.5 inches.

This mobile houses 2 cameras. There’s a VGA snapper for video calling at the front.

The back side has a camera with 3 megapixels sensor and an LED flash. Music 360 is a WiFi, GPRS, GPS, EDGE, 3G and a Bluetooth enabled handset. Thus, you can transfer files wirelessly between 2 or more mobile computing devices. You can also enjoy videos on YouTube over the superfast 3G networks.

This smartphone’s body is stuffed with a 1400 mAh battery.

GPS navigation is also supported in campus A350. The above 2 mobiles will compete with Karbonn A12 plus and Intex Aqua 3G.