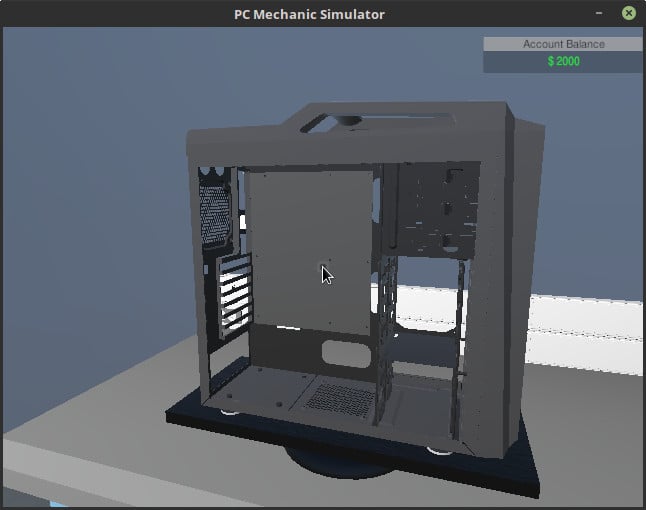 Building a gaming PC is not an easy task. You’ll have to decide your budget and find components that cost within the budget. Finding the right peripherals requires you to have basic knowledge of the hardware.

The components should be compatible with each other. If you pair incompatible hardware components, one or both the devices will be permanently damaged.

A developer has launched a new PC Building Simulator game which may prevent monetary losses while building a gaming computer. It will also allow gamers to find the best hardware for their gaming rig. PCBG is in alpha stage, but it looks promising and has a great future if the developer updates it regularly with new modules

The graphics tab provides an option to select screen resolution and graphics quality. It also features an option to enable Windowed mode. Select this option if you don’t want to run this game in full-screen mode. The input tab enables you to define shortcut keys for interacting with the game.

Once you run the game, you’ll a see a window that features three buttons, career, tutorial, and exit.

Click on the tutorial button to run the simulator. To get started with the tutorial, press the I button. Once you do so, the game will open a workshop interface where you’ll find two desktops placed on a table and a few computer cases.

The interface features a HUD that flaunts the current budget for the gaming PC. To build the gaming PC, drag the mouse pointer on the computer case and click the E button of the keyboard.

Once you do so, the game will open a window where you’ll find options to chose the following components:

After selecting the components, you can add them to the virtual desktop with the mouse.

The PC Building Simulator is a new game with a great concept. It is available for Linux, Windows, and Mac operating system.

The great thing about the program is that it allows users to select resolution and graphics quality. Hence, it works like a charm on computers with low-end processors and low amount of RAM.

If the future releases of the game include an option to select graphics card, motherboards, processors from manufacturers, it would be a massive success for the developer.

If you’re planning to build a gaming PC, then you should install this game and update it whenever the developer rolls out an update for it. Download the game here.

Also see: 10 most addictive games in the world for PC, consoles, and phones