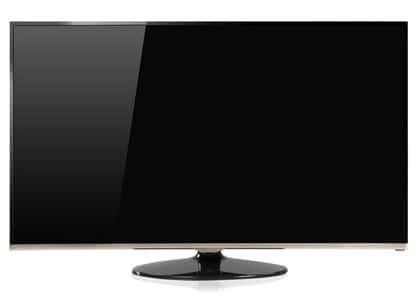 Television has become a part of our life. No matter what your age is, you cannot restrain yourself from watching your favorite movie, serial or news channel on TV. Traditional box type CRT televisions have outdated features. At one point in time, they were priced at 25000 or 30000 Rs.

Why are LED TVs better than old television sets?

Stylish: As these televisions require small space for installation, you can install them on a wall. Thus, they make your room look stylish even if it does not have furniture.

Good viewing angles: Unlike CRT televisions, the LED TVs are equipped with a panel that has an HD resolution. Hence, the picture clarity would be good. The televisions support wide-angle viewing. If you own it, it does not matter whether you are sitting right at the front of the TV or at an angle of 100 degrees, you will be able to watch your favorite shows without getting your eyes strained.

HD Entertainment: Modern LED televisions have 1366 x 768 or 1920 x 1080 pixel resolution and a powerful video/decoder. Hence, they will stream your favorite show or movie in MP4 format.

More features: If you are an owner of a LED TV, you don’t need a computer or DVD player. You can watch or listen to video, MP4, MP3 music files stored on your pen-drive by connecting it to the television.

Low power consumption: You may have seen some television ads wherein actors claim that LED lighting systems save energy. The actors are 100% correct. As LED TVs are powered by electricity saving technology, they will consume less power than the box type televisions.

If you’re planning to buy a new television or want to upgrade your budget box style television to a smart TV for within 29998 Rs budget, check our below list.

KN50FHD is one of the best-selling smart TVs in India. It provides brilliant features for a budget price. KN50FHD has a 48-inch full high-definition A+ Grade panel which consumes less power than other TVs in the same price range. Its screen has a 7.5ms response time. Kevin KN50FHD ships with two HDMI ports and it includes a VGA port. You can connect your computer to this device.

KN50FHD offers WiFi connectivity option and it includes an RJ45 port. It offers a dual-core processor and 8GB storage memory. The television supports the manual installation of apps and mirroring technology. It offers 30 Watts sound output.

This device requires 70 watts power supply. On standby mode, there will not be a high wastage of power. Kevin KN50FHD is one of the best-LED TV under 30000 Rs budget. Its price is 27000 Rs.

Sanyo 43S8100FS has a child lock system, a sleep timer, and an audio-only mode. It allows users to watch videos on YouTube, Netflix, etc. It provides 16 Watts speakers (2 x 8W).

The LED television can play media files of various formats. It also enables users to install apps from the App Store. It costs Rs 28000.

32LH576D has a Triple XD engine to render high-quality pictures and videos on the screen. For good viewing angles, LG has fitted an IPS panel to this device.

LG 32LH576D supports the mobile high-definition link technology. It supports many local Indian languages and has an energy-saving mode to cut down on power usage. It includes two speakers that produce a total of 20 Watt output. For providing theater-like experience to the users, the LG LED TV features Dolby Sound Decoder. It supports virtual surround sound technology.

Sony Corporation has used its most popular technology, the Sony Bravia engine in this LED TV. It has also added a resolution enhancer module to this device. Hence, KLV-32R422E is expected to deliver rich video performance.

KLV-32R422E has a 32-inch panel with brilliant clarity and a 200 Hz refresh rate. It has a power saving mode and dynamic backlight control function. It includes contrast enhancer technology, noise reduction function, and a Dolby sound system.

The combined output of the three speakers installed on this television is 30 watts. 32R422E features a robust subwoofer system that will give you a theater-like experience at home. It also includes FM Radio system. The Sony Bravia series device carries a price tag of Rupees 29000.

If you love using the products from top Japanese brands, then you can buy Panasonic 32ES500D. This device has a 32 inches high-quality LED/LCD panel and 6 kilograms weight. It has a USB 2.0 ports. It offers an excellent response time of below 9 seconds.

32ES500D has two 10 watts speakers fitted just behind its high-definition screen. It requires 65 Watts power supply. The TV has good features and it costs below 25000 INR.

BPL 101D51H was launched last year, and it has been purchased by over 10000+ people in India. It features a full high-definition DLED 50 inches panel. It has 8.2 kg weight and 16 watts speaker output. The LED TV supports four sound modes. It requires 20-Watt power. On standby mode, it requires just 1-watt power.

Onida is one of the oldest television brands in India and it is considered among the best brands in the country. 42FIE is a full high-definition smart Onida TV that costs under 30000 INR. It features 16 Watts surround sound speakers and a 42-inch panel.

42FIE has a screen refresh rate of 60 HZ and it includes a port for establishing a connection with computers (in other words, you can use it as a PC monitor). This Onida device offers four sound modes. It has an equalizer function, bass/treble adjuster, etc.

42FIE’s weight is 8 kilograms. It has several apps, a quad-core processor, Wi-Fi connectivity option, and RJ-45 LAN port. It has 3 USB and HDMI ports. You can connect a 3G dongle to establish wireless internet connectivity to this device. Onida 42FIE costs INR 28500 in India.

UA32K is a smart LED TV with amazing features. It supports the latest networking and streaming technologies that include Mirroring (from mobile to the television), WiFi, Miracast, and WiFi direct.

This Samsung device offers a great experience if you use an HD set-top box provided by top DTH service providers in India instead of SD set-top boxes. It has two 10-watt Dolby DTS technology powered speakers.

Samsung UA32K ships with a 32-inch hyperreal technology powered IPS panel. It has multiple HDMI ports. It can connect to the Internet. You will have to buy a WiFi router or use your hotspot module of the phone for establishing wireless connectivity in UA32K. This device is smart, but it doesn’t support 3D content. Its price is Rs 28000.