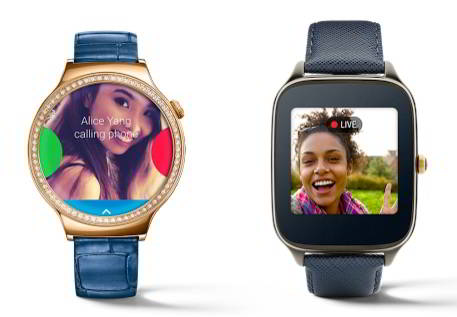 Don’t be surprised to find new features in your Android smartwatch as Google will be rolling out Android Wear 1.4 update very soon. The update is based on latest APIs of Android Marshmallow OS.

The updated Android wear (version 1.4) comes with better support for voice gestures and controls. No matter what you’re doing, you will be able to learn about latest reminders, new messages, and calls without touching the smartwatch.

The latest update allows users to answer incoming calls directly from the wearable device as if they’re using a phone. If you’re having a smartwatch with an inbuilt loudspeaker, you will be able to enjoy this cool new feature. As of today, only 2 watches include the hardware to support this feature. As Android wear 1.4 with speaker support will soon be launched, manufacturers are expected to include speakers in their upcoming smartwatches.

The support for voice gesture ensures that you don’t have to move your right or left hand on the smartwatch whenever there’s a new notification, message or a call.

If you’re addicted to messaging apps like Viber, WeChat, WhatsApp, then there’s a good news for you. The user doesn’t have to keep his smartphone with him to post a new status message in a group or the profile. The Android Wear 1.4 is capable of sending text messages on a voice request made by the user.

You can also use the smartwatch as a navigation device, thanks to Google maps and the Android wear Marshmallow update. Thus, if you’re returning from the office, you can ask your wife to prepare your favorite meal by sending a message and at the same time, you can find a nearby gas station through your wearable device.

Because of the loudspeaker support, your smartwatch is now compatible with a plethora of apps on the play store. Video messaging and calling apps like Skype, IMO will also be supported.

If you’re owning a smartwatch (Moto 360, LG Urbane, etc), make sure that you connect the device to the internet at least once a day as the new changes will be rolled out in the coming weeks in the form of OTA, claims Krystal Higgins EX Designed at Google.

Marshmallow OS running handsets have a better battery backup as compared to the Lollipop OS powered mobile devices. Thus, the smartwatches with Android wear 1.4 should last a bit longer.