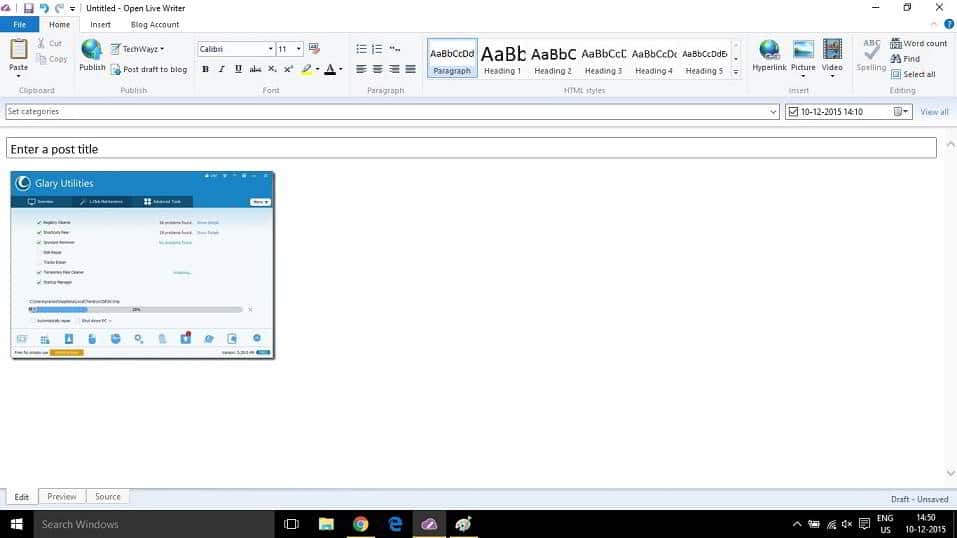 Live writer is a Microsoft product, but it is not being updated regularly. The last update was available in 2014. LW is now available as an optional software and it ships with Microsoft essentials package. For people looking forward to developing modules for this application or want to use its updated version, there’s a good news. A Windows installer and the source code for the latest version of the Live writer has been released. LW is now open source and it will be maintained by a bunch of people (including a Microsoft Employee).

The Open Live Writer software supports every popular blogging platform that you might be aware of. For instance, the user can publish new blog posts on blogger, WordPress or Typepad platforms through it.

The software lacks some useful features that are found in the original release from Microsoft Corporation. But the people backing it are planning to add more functionality to OLW with plugins.

Bloggers often make spelling mistakes but the open source version of the Live Writer will not make you aware of it. If you’re using Windows 8.0 operating systems or its successor, you don’t have to worry about this as spell checking feature is inbuilt in the OS.

This software doesn’t feature the album module that allowed users to upload media content and documents to Microsoft one drive cloud platform. It allows users to add pictures, hyperlinks, post tags, emoticons, tables and videos to their blog posts.

If you want to try out this free offline publishing platform, download OLW installer from the official website and run it. For developers interested to add modules or contribute code, check out the official listing of the Open Live Writer on Github.

The source code will ship with a solution file. If you have installed Microsoft Visual Studio on your workstation, locate the .sln and open it.

How to change folder icon color in Windows OS?