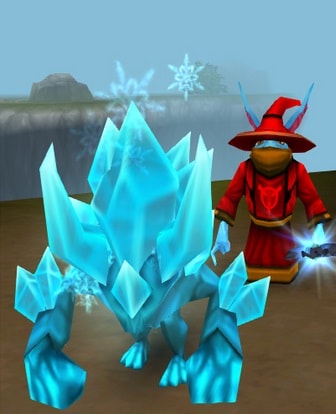 MMORPG is one of the most widely played categories of games on PC as well as mobile devices. They are not very easy to play as there are 1000’s of other online players who are on the same mission as you.

To experience quality gameplay, you should enable unlimited data plan of your PC, laptop, and phone. The internet connection speed must be over 1 Mbps.

If you have a computer or a mobile device with a decent system configuration and a fast internet connection, try out one of these below top 10 Best free MMORPG for Android or Windows.

OAC is a popular MMORPG game that has great graphics and powerful characters grouped into 5 races. Users must select a character so as to team up with other players.

The Order and Chaos MMORPG allows users to customize their character and choose their skills. You are allowed to equip your character with 15000+ unique skills. Order and Chaos game has up to 1500 missions and it enables you to play the MMORPG in the following two modes:

The great thing about the OAC MMORPG is that it works on low-end mobile devices that carry 500 MB RAM, and a 1000 Megahertz processor. Order and chaos game requires 1.8 GB storage space.

Arcane Legends is a free game that enables you to explore the beautiful world of dungeons. AL has 3D graphics and imaginary characters like Orcs, dragons, etc. You have to play the role of a sorcerer, rogue or a warrior in this game.

The three characters have different roles and unique set of weapons. In Arcane Legends, you can grow domestic pets to powerful animals that will assist you in fighting the enemy.

DE is a free game that you can play on browsers as well as Android devices. Dragon Eternity has over 1500 tasks to accomplish, 70+ locations to explore. The characters in this game can ride giant wolves and pangolin. They can be armed with a broad range of weapons.

This MMORPG for Android comes with interesting objectives. It has 3D graphics and six different heroes. The characters in this game possess different combat and life-saving skills. The skills of characters will be upgraded when you complete a task.

The game provides 150k+ items for the player to collect. It allows you to enjoy PVE and PVP battles.

AVABEL is an online RPG for Android. It features multi-skilled characters that have capabilities to hunt down any monsters. The game is ideal for beginners and advanced players who have been playing RPG games.

To get started with Rift, you’ll have to create and customize your game hero. The character can be chosen from Kelari, elves, Mathosians, dwarves and Bahmi races.

When you’re done with character customizations, you’ll enter a fantasy world where a huge battle between defiant or guardian forces is taking place. You’ll have to join one of these two forces.

Rift has several levels of game-play. It has breathtaking graphics that will keep you on the edge of your seat for several hours.

Another top free MMORPG game for PC, Tera takes you to the beautiful world of dungeons in the form of a compelling character. The world may be beautiful, but it has a deadly war going on. This game requires 15 MB installation space on Windows 8.1, 8, 7 or XP computer.

Vindictus is yet another enjoyable MMORPG. It lets users choose one of the eight characters for participating in the online battle. Each character in this free game has unique combating skills. Vindictus has 12+ episodes, and it offers nonstop action for several hours.

Play Vindictus on your PC.

In this fantasy MMORPG, you play the role of a fighter. Initially, you’ll be located in a beautiful town of Maple world where both friends and foes reside. Enemies will try to kill you, and you’ve to defend yourself from their attacks. Use the characters persuasive skills to hunt down anyone who tries to annihilate you.

DN is one of the top MMORPG for Windows computer and laptops. In Dragon Nest, players are divided into different classes as per their skills. Defeating dungeons and other opponents is the only way one can improve or upgrade skills of their game character.

Conclusion: The above MMORPG for Android or Windows PC have several missions. If you’re bored playing a single player game, install any of the above MMORPG on your device to enjoy multiplayer battles.

TrueCaller for PC : Trick to use Reverse Phone lookup on...