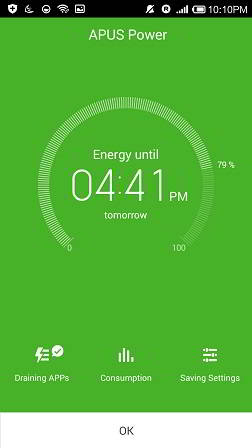 Apus is a fee Android launcher that was launched in June last year by a Chinese organization named Apus technologies. Within a year of its launch, this app has managed to get 100 million downloads. Furthermore, the app’s rating of 4.5 proves that Apus launcher is better than its competitors. I discovered Apus while I was exploring the top apps category on the Google play store. This launcher is fast, powerful and it offers several customization options.

You can change the wallpapers, effects, theme easily. Apus can be used on low-end hardware equipped Android devices that support OpenGL graphics technology.

Whether it’s low budget Lenovo phone or high-end Galaxy Note EDGE, the performance of the Apus launcher will be the same on all devices. This is the main reason why Apus has registered millions of downloads and has been added to the list of best Android apps on the play store.

Installation: Open Google Play Store, enter Apus launcher in the app search field and hit the search button. Click on the app’s icon and tap on install button. If Apus is not active even after installing it, navigate to the Android settings and change the default launcher.

Apus Boost: Running this utility will free up a few megabytes of system memory. To do so, the app kills all inactive processes. If your phone has become slow, run this tool and the performance of your device will be improved.

Apus power: This is yet another useful tool offered by this fast and free launcher app. This utility will make you aware of all the apps that are draining your handset’s battery and are using high system resources. It will display the estimated battery life. It will also allow you to improve the battery backup by optimizing apps. In short, a battery saver application comes packed in the Apus launcher app.

Search bar: This is a cool feature that allows you to quickly find an app, message, contact and local music/video files. It also helps you in discovering interesting sites, images and videos on the internet.

The search bar is accessible on the home screen of your phone and its web connectivity feature is powered by Google search. The position of the search bar is fixed. The user cannot change it. But users can turn on/off the search bar. You can move the Android clock to any position below it.

Apus launcher settings: Long pressing on an empty area of your phone’s screen will open a navigation system with which users can open system or Apus settings or add a new widget, change wallpapers, theme, etc. To change wallpaper or theme, your mobile must be connected to the internet.

Through the Apus launcher settings, you can modify screen transition effect, blur, notification and gestures settings. You can also activate or deactivate Apus radar feature which allows users to display popular apps on the home screen.

Folders: Apus launcher will automatically categorize all apps in your phone to make its screen look less cluttered. Social networking sites like Facebook, Twitter or Google plus will be added to the social folder. Apps that have not been used since a long time will be added to the rarely used folder. This is a smart feature.

Useful shortcuts: A bunch of useful shortcuts will appear on the notification panel of your Android tablet or smartphone. With these shortcuts, users can activate/disable WiFi, data connection, and many other useful services easily.

Final Thoughts: Apus is smart and a fast launcher with limited features. It gives you an access to a bunch of free themes and wallpapers. As it is not a very complex app, Apus will run on all types of Android devices.