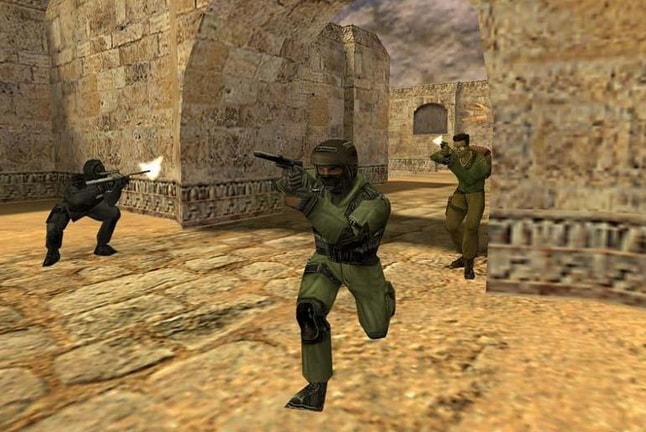 LAN games are fun to play because the opponent in these games are humans or you’ve to team-up with your friends to fight against the computer-controlled enemies. There are 100s of multiplayer games that you can play offline with your friends, but you wouldn’t want to waste your time trying each of them one by one.

For complete entertainment and excitement, you should play the below best LAN games on your Mac or Windows PC.

The latest version i.e. COD WWII will be launched on November 3 this year. Like other edition of COD, WWII is expected to have great graphics. The game will have new weapons and missions that will thrill and excite you. This FPS game has over ninety million users. It is available for Windows, Nintendo, Wii, MAC, Xbox and PlayStation platforms.

In this FPS LAN game, you have to immerse yourself in one of the ten available characters. There are two teams in Counter-Strike, each with five members (including the character you’ve chosen). Each side is assigned with some tasks. If the team completes the task, it will land on the winning side.

CS can be installed on laptops and computers with Linux, Mac or Windows operating systems.

SS is a multiplayer car racing game which can earn you a great respect among your friends. In Split/Second, users are allowed to create unique triggers that can decide the fate and fortune of other opponents.

When you invoke a trigger, the opponent’s car may get destroyed in an airplane or a building crash. This game features several challenges (including stunts and drifting). It supports eight online players at a time.

Empire Earth is a PC LAN with the same storyline as the Age of Empires. It features more than twenty civilizations (including Babylon. England, Ancient Greece, Italy, Germany, Korea, and Russia).

Empire Earth ships with numerous campaigns. It takes you through more than thirteen ages of human evolution. If you’re searching for a game like AOE, try out EE.

Need for Speed is one of the top car racing games of all time. The great thing about NFS is that you can play it offline with friends over a LAN connection.

In NFS, you have to control powerful cars of various types. 90 to 95% of cars in this game are locked. To unlock the cars, you must participate in various racing events of the game and complete the tasks. The game has different difficulty levels and it lets users customize their cars.

Must see: Best free MMORPG for Android and Windows

Artemis is one of the best spaceship simulator games for PC. In this game, you and your friends are a part of a large spaceship.

Each player in this game has a different role to play. For instance, one player has to control the spaceship. Others will have to play the role of soldiers and protect the spaceship from celestial bodies and enemy spaceships. Apart from protecting the ship, users must complete the game objectives. Artemis can be played by up to 11 players at a time.

TL2 is a Diablo and Warcraft style game which can be enjoyed by 6 players at a time over a local area network connection. Users must choose their character from one of these 4 different classes – Berserker, Embermage, Engineer, and Outlander. Each character class in this game have a unique skillset.