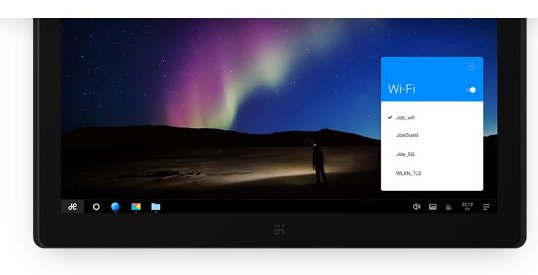 Android is one of the most used open source operating system, but it is available only for phones and tablets. Very soon, you will be able to run Android on PC with a new OS called Remix, thanks to Jide, a startup company founded by Ex-employees of Google.

The remix OS is in the alpha testing stage. You can download and use it on your PC. Jide has published an ISO file for the same. Extract the contents of the ISO file with 7zip or similar software on a high-speed USB storage (with a minimum write speed of 20 MB/S and 8GB space) and plug in the storage to the USB port of your computer to begin using the OS.

As the Remix 2.0  is built on Google’s Android platform, it has the play store app. Thus, you will be able to run your favorite apps from the play store on the desktop without an emulator.

Remix 2.0 supports Multitasking like Unix, Windows, and Macintosh operating system. The windows in this OS are realizable. You can run and use many applications at a time.

Taskbars are one of the most powerful and useful features of a desktop OS. The Android OS on your mobile device may not have a taskbar, but Remix has it. The TB in this operating system resembles that of Windows.

Remix 2.0 has its own start menu. It has a system tray with which you turn on/off wireless networking modules like WLAN or Bluetooth.

The notification system of this OS is stunning. It has been completely revamped to suit the large size of desktop monitors. This interface will make you aware of the app download status, updates from instant messaging apps and much more.

Remix 2.0 supports right clicks of the mouse. It has shortcuts to create, save or open documents, The developers at Jide has claimed that their OS has the most advanced and powerful Android file manager ever. The file manager resembles the Windows Explorer and files dialog.

The remix is an exciting OS. The main advantage of it over Windows phone is that the apps that you use on smartphones will be available for the desktop as well. There are millions of free games and applications available for Android. Before Remix 2.0 OS, there was only one way to install Android apps on PC i.e. use Bluestacks or any other Emulator software.