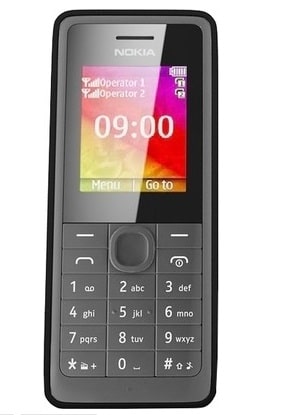 Nokia and Blackberry: A brief history

Nokia and Blackberry were the Pioneers of the Mobile Phone Industry. While Blackberry introduced the earliest smart device, the RIM 850, that sported a touchpad with email and internet browsing capability in 1999, Nokia, while on their rebound, made rock-solid mobile phones with basic functionality in the year 2011. The RIM 850 and its successors targeted business users while Nokia focussed on the common man. The two companies used different strategies to target unique market segments in separate eras.

Nokia 101, released in October 2011 was a standout example. It had only basic features but was durable, and the battery, on a single charge, lasted a lot longer than most low-budget smartphones of today. The Nokia 105, for example, had only an 800mAH battery but provided talk-time of over 12 hours on 2G mobile networks.

Nokia realized that there is a huge demand in India for these phones. The phones are compact, cheaper, and more user-friendly for the vast majority of consumers. They serve as a good backup in case a user’s primary mobile had problems. Even in this market segment, there are quite a few players such as Samsung, Micromax, XOLO and, Intex but Nokia’s brand name and the quality of their products makes it the market leader.

We have reviewed the best low-budget feature phones you can buy from in the Rs. 2000 range.

Nokia 105 is a single SIM bar type mobile that has an alphanumeric keypad. It supports GSM 900/1800 network connectivity. It sports an LCD 1.8-inch display that has a 240 x 320 pixels resolution. This entry-level phone below 2000 Rs supports conference calls, call divert, etc. It packs an 800 mAH battery, which makes this budget device deliver upto 15 hours of talk time.

Nokia 105 Dual is black colored Dual SIM mobile. Just as the Nokia 105 (Single SIM), it has 4 MB of RAM and storage memory. The other specifications are similar to Nokia 105 but the battery is Lithium polymer.

It provides an excellent talk time of 15 hours. It includes an alphanumeric keypad, speed dialer utility. If you have two phone numbers, this option is ideal and there is no noticeable change in performance between this phone and it’s Single SIM variant.

Nokia 106 is a dual-SIM bar type mobile that has an alphanumeric keypad. It supports GSM 900/1800 network connectivity. It sports an LCD 1.4-inch display that has a 128 x 128 pixels resolution. This entry-level phone below 2000 Rs supports conference calls, call divert, etc. It packs an 800 mAh battery, which makes this budget device deliver 12 hours of talk time and 840 plus hours of standby time.

Nokia 150 is a beautiful feature phone with a 2.4-inch color display. It has a long lasting 1020 mAh capacity removable battery and 82 grams weight. N150 ships with 4 megabytes of system memory and an alphanumeric keypad. It provides a 0.3MP camera and 4MB storage memory.

Nokia 150 supports 32GB MicroSD cards. It includes LED flash, 3.5mm headphone jack, and Bluetooth. The handset supports FM Radio. It lets you record and save the songs played by the FM Radio utility. It can play MP3 files saved on the memory card or the internal storage memory.

This device supports conference calls and diverts. It has an alphanumeric keypad and a music player which supports playback of various popular file formats. This mobile has 68 grams weight. It provides a 1020 mAh battery, which gives 600 hours of standby and 13 hours of talk time. It has a 4MB ROM, 4MB RAM, and a MicroSD card slot for storage expansion. Priced under Rs. 2000, the 130 phone from Nokia has a flashlight. For the entertainment of users, it has a few games. Nokia 130 supports call waiting, fixed dialing, predictive text, international calls, video zoom, etc.

Now here is an eye-catching phone from Nokia. Though this phone is above the price range for the scope of the article, we included it as it is worth every rupee you spend on it. The display, resolution and camera specs is similar to that of the Nokia 150 but what really caught our attention is the Music Player, Video Player, and FM Radio. The phone also an Internet browser (Opera) and although it looks and feels clunky, you can do basic internet browsing with this phone. It has Bluetooth 3.0 as well as Bluetooth audio support for headsets. The talk-time of 22 hours on a single charge is really superb and this feature alone wins the battle among basic phones for us ! Go ahead and grab one from Amazon if you are looking for a great backup phone !

In the table below, you will see the specifications across all the models reviewed in this article.

You can’t really go with a basic phone model and that too with a brand name such as Nokia. Go ahead and pick one of the above based on your needs and you will not regret it. The fact is that these phones have been around and used by loyal legions of Nokia fans for close to a decade and are still loved by customers all over the country !