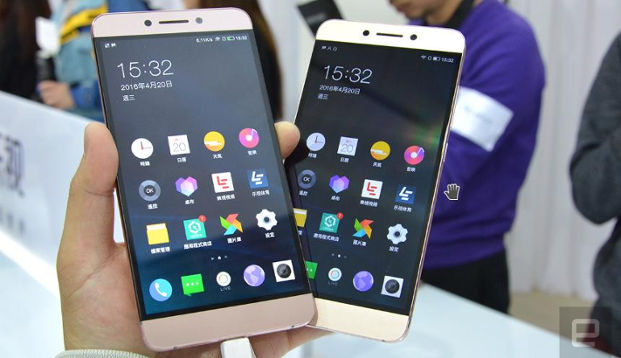 Phone companies in India and China might be worried because of the LeEco’s pricing strategy for the LeEco Le Max 2 phone and the reason for the same is in the 21000 to 25000 Rs range, you’ll mostly find 4GB or 3G RAM handsets. This also applies to the 25k to 30k price segments.

The top 5 phones companies of China i.e. Xiaomi, Lenovo, Huawei, Asus, and LeTV are doing great business in India due to which local players like Micromax, Lava are struggling to get buyers for their phones. A few days back, Micromax had launched a bunch of phones. The 2 flagship phones from this company i.e. Micromax Canvas 6 and Yureka note have been priced within 12k to 14K Rs.

If you’ll compare the features of these two devices with Xiaomi Redmi Note 3 or LeTV Le 2, you’ll conclude that Micromax has overpriced its latest mobiles. Lava hasn’t launched too many devices this year, but the company has roped in the India cricket team captain MS Dhoni as a brand ambassador.

The biggest competitors of Micromax and Lava i.e. Lenovo, Xiaomi have launched new mobile devices in India. In the last month, Xiaomi introduced the MI 5 and Redmi Note 3 handsets. Lenovo had launched the budget Vibe K5 plus.

Like Asus, Huawei and Lenovo, LeEco is a big brand in China. It’s growing at an incredible rate here in India. As LeEco has introduced new handsets, people will now be in two states of mind.

Le Max 2 will be a definite choice for people looking forward to buying a phone within 20K to 24k range because of its incredible features.  People in China will probably go for the LeEco Le Max 2 if they have saved money for grabbing the Xiaomi Mi 5.

In India, we can expect a similar response if Le Max 2 is launched for below 22000 or 23000 Rupees. Xiaomi’s Redmi Note 3 might not be affected by the launch of Le 2, but Moto G turbo might not be able to defend its top position against the Le 2 Pro.

The LeEco Le Max 2 has 64 GB inbuilt flash storage memory and it has a monstrous 6 GB RAM module. Latest QuickCharge technology 3.0 support has been included to get the phone’s 3100 mAh capacity battery charged quickly.

This phone features dual band WiFi system and it comes with a USB Type-C port which can be used as a connector for headphones, charging the battery, connecting Max 2 with the PC, etc. It includes an ultrasonic fingerprint sensor.

This mobile phone has 21 MP rear Sony IMX 230 sensor installed camera along with an 8 MP selfie unit at the front. Like the Xiaomi Mi 5, LeEco Max 2 packs with Qualcomm’s latest Adreno 530 GPU and Snapdragon 820 processor.

In China, Le Max 2 has been priced at 2099 RMB (21500 INR). The price tag for the Indian markets might be different because the Le Max 2 phone will not be manufactured locally. As it will be imported from China, the company will have to pay taxes to the government.