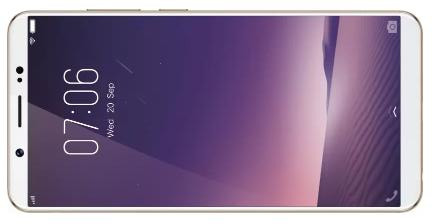 Want to buy a smartphone under 25000 Rs that offers superb cameras, powerful processor, and a brilliant battery backup? Well, as you’re spending 20000+ Rs, you should shortlist mobiles from top brands. Why this so? Expensive phones have a better design than inexpensive handsets. They also get timely Android OS updates.

Many manufacturers have launched mobiles within 20K to 25k Rs in India. Unfortunately, not all handsets are worth buying.

V9 is one of the latest phones you can buy in India. It has an excellent rating of 4.4 on eCommerce websites. Vivo V9 ships with the following features:

F7 has a MediaTek Helio P60 2300 MHz octa-core processor and Android Oreo OS. It includes a fingerprint sensor and 6.2 inches FHD+ touchscreen display. It is 7.8 millimeters thin and weighs 157 grams.

F7 features a powerful 25MP secondary camera that supports autofocus technology, low-light photography, and CI zoom. It has a primary camera which equipped with a 16MP sensor. It supports 256GB MicroSD cards. F7 includes Bluetooth 4.0 chip and it packs a 3400 mAh lithium-polymer battery. Its price is Rupees 22000.

C7 Pro is a stylish frame equipped handset that supports 4G SIM cards. It is also one of the latest mobiles from Samsung. Below are the specifications of the Galaxy C7 Pro handset:

F3 Plus is the 2nd best Oppo phone you can buy for below 25000 Rs. It employs an octa-core Snapdragon 653 Qualcomm 1.95 GHz processor and a quad-core Adreno 510 graphics processing unit. Hence, Oppo F3 Plus offers a great experience to its users.

The phone’s weight is 184.9 grams. It is 7.35mm thin. F3 Plus has a Fingerprint scanner. F3P supports recording of super slow motion videos with its back camera.

F3P has a 6-inch full HD In-cell 2.5D display. It offers 64GB storage memory, 4GB RAM, and Android M OS. This Oppo device is a 4G network compatible handset with 16 megapixels back camera and dual selfie cameras with 16MP and 8MP sensors. It has 5 sensors and Color OS custom ROM. F3 Plus is priced at 24999 Rs in India.

V7+ is a stylish Vivo handset with a brilliant configuration. It features a Qualcomm octa-core Snapdragon 450 processor.

Vivo has loaded this handset with Android 7.1 OS. V7 Plus features HiFi Audio chip that has an impressive SNR of up to 115 Decibels. It ships with a music player app that can play audio files of many formats.

This handset has rear and front cameras with 16 megapixels and 24 megapixels sensor. It provides a powerful autofocus system. It packs 64GB storage hardware. V7P has a MicroSD card slot and 4GB RAM.

Below are the top features of Vivo V7 Plus:

X4 is a beautiful handset with excellent features. Motorola has loaded this device with a large 64GB storage memory and 4GB RAM. Like other Moto handsets, X4 ships with a MicroSD card slot.

X4 runs on Android Nougat OS. It has good quality cameras, which results in full HD resolution pictures and videos. Below are the specifications of Moto X4:

Samsung had launched the J7 Pro phone in 2017. J7P has brilliant cameras, a beautiful display, and the latest OS. It has mesmerizing design too.

This handset includes a 64-bit Exynos octa-core processor and a high-speed graphics processor. It has 2 dedicated SIM card slots and a MicroSD card slot.

TJ7P packs a nonremovable 3600 mAh capacity Li-ion battery, 64GB storage memory, and 3GB RAM. It has a user-friendly interface, Android Nougat OS and 8 sensors (including a fingerprint reader). Its price is 21000 Rs.