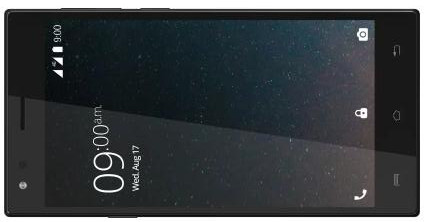 Here, we’ve covered the best Android dual SIM budget phones with up to 2GB RAM. Like me, many people prefer using a DUAL SIM handset because it gives them the power to switch between operators anytime.

Depending on the user’s budget and requirement, there are plenty of phones to choose from in the market. As you would be paying for the device, you expect your new mobile device to support 4G-LTE, VoLTE or it should have a nice camera and superb backup.

Don’t worry! You don’t have to waste your precious time on eCommerce portals because today, we’ve shared the list of the top 4G mobiles you can buy online for within 4000 to 5229 Rupees. 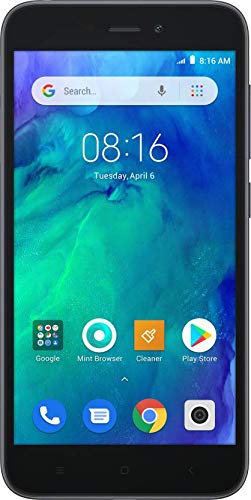 Xiaomi Redmi Go is a great option for the people who are searching for an Android handset that can last for 1+ years. 5A runs on the latest Android 7 OS and has 2GB RAM.

Key features of this device are as follows:

Yu Yunique YU4711 is a dual SIM phone that flaunts a 4.7 inch 1280 x 720 pixels IPS with Corning Glass 3 display. It employs a 1.2 GHz Quad-core Snapdragon 410 processor to run the Android Lollipop OS and your favorite Apps.

YY2 supports 3G and 4G-LTE connectivity. It sports a front 2MP selfie camera and a 8MP rear camera that is powered by a LED flash.

It ships with a 2000 mAh capacity battery. It includes 8GB storage memory and 1GB RAM and a MicroSD card slot for storage expansion.

The Micromax device includes an alarm clock, a calendar, and a calculator app. It includes the Google Play Store app through which you can install 1000s of applications on your mobile device.

Era 4X is the best and latest XOLO 4G smartphone under Rs. 5000 on this list. It is a dual SIM mobile that features Android v 8.0 Oreo operating system.

One is the latest 4G phone from Nokia that you can buy in Rs 3000 to 5000 range. The Nokia mobile runs on the Android 8 Oreo operating system. It provides light, gyro, proximity sensors and has 152 grams weight.

Lava Z61 is a 4G enabled device from Intex that runs on the Android 8.0 OS Oreo. It packs a 1500 Megahertz Mediatek Quad-core processor and sports a 5.45 inches 2.5D touchscreen display that boasts an eye-friendly resolution of 1440 by 720 pixels. The screen is based on IPS technology and it supports playback of HD videos.

The dual-SIM Nokia 2. 1 comes in above the price range of the scope of the article but we wanted to include it for those folks who want to invest in a tried and tested brand such as Nokia. The Nokia 2.1 sports a big capacitive touchscreen (5.5 inch) with 1280 x 720 pixels resolution. The smartphone runs on a 1.4GHz Snapdragon Quad core processor and has 1 GB RAM and 8GB internal memory expandable upto 128GB.  The battery rating is also notable as a 4000 mAH Li-ion removable battery is used as compared to the other phones in this list. It runs Android Oreo 8.1 and has 5MP front-facing camera and 8MP rear camera.

Me5 from iVoomi is yet another good phone that you can buy for within 4500 to 5000 Rs range. It has Android 7 OS and a 3000 mAh capacity removable battery. It boasts a Curved 2.5D HD 5.2 inches display. Me5 has 2GB RAM, 8 MP selfie camera, and 4G-LTE SIM card slot. It offers an 8MP back camera and 3G, VoLTE, WiFi network connectivity options.

iVoomi Me5 includes front and rear flash system. It ships with a proximity, g, and light sensor. The 4g mobile’s screen has a pixel density of 282. It can save your data to 128 GB MicroSD cards.

Micromax Spark 4g has a 5.0 megapixel back camera, 1GB DDR3 RAM, and a front-facing 2MP resolution camera. It includes 2 SIM slots that support 3G and 4G-LTE SIM cards. It has a 2200 mAh Lithium Ion battery. The handset supports auto-focus mode. It enables you to record 1280 x 720 pixels resolution videos.

The mobile features the Android Marshmallow OS and it packs a MicroSD card slot for expanding the storage memory. It supports VoLTE technology.