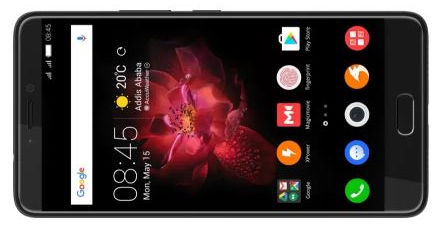 A few years back, the dual-core and single-core phones ruled the 5001 to 9999 Rs price segments. Now, things have changed. Top manufacturers have started introducing octa-core processor powered mobiles under 10000 Rs.

Most handsets priced within Rs 6999 to 10000 Rs range have up to 3GB RAM, 13MP or 8MP camera, and 4G VoLTE. Unfortunately, not all phones are worth buying. Some companies don’t roll out OS updates for old phones once they launch a new product. Some of the firms don’t provide a great after sales service to the customers.

This Asus device runs on Android Oreo OS. It ships with a 5.9-inch IPS capacitive FHD+ touchscreen 2.5D display that has an excellent brightness level of 450 nits. M1 Pro includes a feature called night mode that reduces the emission of blue light rays. It has 2 SIM slots and an octa-core 1500 MHz Snapdragon 636 Qualcomm processor, which is paired with Adreno 509 graphics processing unit.

This device is compatible with future versions of the Android OS. It has 32GB ROM which users can expand with a 2TB MicroSD card. It packs a 5000 mAh battery and includes a fingerprint sensor.

Realme 2 flaunts a 13.0 MP + 2.0 MP back camera and it ships with a front 8.0 MP front camera for video calling. It boasts a LED flash system at the backside. RM2 supports 1080p and 720p video recording. It can play full HD videos as well.

This mobile has 32GB storage memory and a 4300 mAh battery, which provides 550+ minutes of talk-time on 2G networks. It has two SIM card slots and a dedicated MicroSD card slot.

This Real Me device costs Rs 8990. It supports A-GPS navigation, 3G, 4G-LTE, WiFi, FM Radio, Bluetooth, EDGE. It ships with proximity, ambient light, and gyroscope sensors. RM2 has a fingerprint sensor and it supports face unlock technology (with a software).

Our first and the only Xiaomi product in this list of the best Android smartphones under 10000 Rs, Redmi Yi has Cortex computing technology based SD 435 Qualcomm 64-bit octa-core processor. It has MIUI 9 ROM, which is based on Android 7.0 Nougat OS platform.

Redmi Yi features 32GB ROM, 3GB RAM, and a hybrid SIM card slot. It has a light, accelerometer, fingerprint, E-compass, and proximity sensor. It ships with an FHD rear 13MP camera with LED Flash and provides a 5 megapixels front camera.

N5 is crafted to perfection, and it has specifications that no one will complain. It is one of the first 1st low budget phones under 10000 Rs in India to feature full HD IPS display and 13MP rear/8MP front camera. Infinix Note 4 employs a full high-definition 5.9 inches screen. Its pixel density of over 352 is incredible.

Apart from out of the box gaming experience, this handset offers high-speed Internet connectivity options in the form of 4G LTE, 3G, and WiFi. Infinix N4 supports 3D gaming, and it includes a 1+ core GPU along with an MTK series MediaTek 64-bit 1310 MHz octa-core processor. It has a design similar to that of the other Xiaomi handset on our list i.e. Redmi Note 4.

N5 features a customized version of your favorite OS i.e., Android 8.1. It has Bluetooth, a fingerprint sensor, 4500 mAh capacity, and DDR3 3GB RAM.

This Infinix device has one of the highest Antutu ratings among other handsets covered in our list. Thus, its performance will be extraordinary.

K6 Power is one of the top Lenovo mobile phones that you can buy online. It provides a 5.0 inch IPS touchscreen FHD Multi-touch display. K6P has rear and front cameras with 13MP and 8MP sensors. AF system is available only for the back camera.

K6 Power is a 9.1mm thick device that features a 4200 mAh battery and fingerprint scanner. It offers 600+ minutes of talk time. This handset has an Android M operating system and 32GB ROM.

Lenovo K6 Power ships with 3GB RAM, 64-bit Snapdragon 1300 megahertz octa-core processor, and a top-class Android GPU. It is stylish and lightweight. It supports modern networking technologies such as VoLTE, 4G, and more.

E4 Plus from Lenovo’s subsidiary Motorola offers a great configuration for Rs 9999 price tag. It features an HD display, 3GB RAM, and a MediaTek processor.

E4P offers a 5.5 inches HD touchscreen display. It includes an MTK 6737 1400 Mhz quad-core processor. As it packs a multi-core processor, the benchmark scores of this smartphone will be the same as that of LG, Samsung, and HTC phones retailing for below 15K Rupees.

This Moto series device runs on the Android Nougat OS. As it is the latest Motorola device, you can expect Android O update for this device. E4 Plus features a 5MP front and 13 megapixels rear camera. It packs a nonremovable 5000 mAh battery and provides a fingerprint sensor.

P55 Max is the best and most powerful Panasonic smartphone that you can buy for below 8000 Rs. It runs on the stock Android 7.0 operating system and includes a large 5.5 inch HD IPS touchscreen display with Asahi Glass and 249+ pixel density.

The Panasonic device has two cameras, with which users can record video clips at 1920 x 1080 pixel resolution. Its rear 13MP AF camera has 5-P lens. It features a powerful Quad LED flash.

P55 Max has a 5-megapixel front camera. Like Realme 1, this device lacks a fingerprint sensor. It has a dedicated MicroSD slot, 2 SIM card slots, and 32GB storage memory for saving files. Its price is 7999 INR.

A dual-SIM phone powered by the Android 7.0.1 operating system, Nokia 3 packs a 1.3 GHz quad-core MT6737 64-bit processor. It has an 8MP rear AF camera with LED flash. N3 features a Mali T720 GPU and an 8MP front camera. Both cameras in this Nokia device can record 1080p resolution videos. They also allow you to capture HD and HD resolution pictures.

Nokia 3 boasts a 5.0 inches multitouch display that has a resolution of 1280 x 720 pixels. It has 16GB storage hardware, which is expandable via 128GB MicroSD cards.